The march of the Far Left

Self-Help
Samantha
Watching the prince and his handler as they rabbited word salads gleaned from self help books beloved by the likes of Oprah Winfrey (who as it happens grew very rich by regurgitating 'meaningful stuff' and 'changing lives'), I couldn't help feeling a surge of anger and exasperation. The prince and the handler are clearly a massive embarrassment to us Brits in general but the thing that riles me is their genuine lack of self awareness. I recall an American friend telephoning me in tears when the last episode of Oprah aired on TV. She felt bereft and mentor-less. Her days of soaking up wisdom while lying prostrate on a sofa in her pyjamas had come to an end and she felt rudderless. I watched Oprah once when she had dedicated an entire show to women whose hairdressers had ruined their lives with a bad haircut or the wrong colour. That was more than enough for me.

​​​​​​​The prince and his handler are so transparent in their psychobabble ramblings it's frankly hilarious. I can just imagine as the handler waves at the prince the thinnest of tomes entitled How To Change the World By Speaking Bullshit while he maniacally eats his cornflakes crouched in a corner. 'You better memorise this from cover to cover by lunchtime and as a reward I'll let you have one oatcake with smashed avocado! DID YOU HEAR ME? Blink if you can hear me!' The prince nods his head frantically but suddenly a mouthful of cornflakes sticks in his throat, forcing him to wretch. 'Oh, FFS, you IDIOT! Didn't I tell you that one ship causes a tide of change or a tide happens when they're loads of ships, or whatever the fuck it is! STOP SNIVELLING, dying, you fool! Go and change that child's nappy! Or shag the nanny, I don't care! Just get the fuck out of my face because I need to finish my speech on google fucking translate!'

​​​​​​​Some time later, the prince can be seen rocking back and forth in a straitjacket. He's giggling. The Handler thrusts a script at him. 'Read this. We're on in ten minutes!' Cut to the prince reading the script with glazed eyes. And the rest we all know about. Videos enticing a revolution of sorts to change the way things are, to disrespect authority, to demand that anyone who doesn't sing from the same far left entitled woke script be cancelled, their livelihood and accomplishments destroyed, obliterated. The far Left seem to have appointed themselves the Stasi of liberalism (oh, the irony), enforcing their dogma and intent on permanently decimating free speech or even constructive dialogue. The horror of the current rise of the far Left is unbridled ignorance, complete absence of metaphysical thought, an inflated pride of having zero self understanding, a Proletariat grabbing of the reins forcing society to follow the new rules. Well, they can fuck right off.

The handler who literally rose to her position by lying on her back is never going to speak in her own voice because she wouldn't know what it is. Put it this way, the sculptor Henry Moore, when interviewed about his work, remarked that it takes years for an artist to develop his own language. In other words, years of hard work, effort, graft, eventually becoming unique and recognisable. All of this is anathema to the woke generation brought up on a diet of instantaneous gratification. It seems no one bothered to tell them that they're nothing special after all. The truth is Da Vinci was remarkable but most of humanity is at best just average. The crux is not to be bothered by the pedantry of life but to understand that although wearisome, there is beauty in the simplicity of mundanity and in the ordinary. Simple, basic things ultimately provide human fulfilment. Here in France we are never far from reminders of the horrors of the Second World War. Every church or village square has a commemorative plaque to those who died in both World Wars. As young men lay dying in the trenches, witnesses recounted that their last word was often 'Mother!'. At the moment of death, they weren't ruing what they didn't have but the memory of a loving, protective presence. Love and courtesy to one another, seeing goodness in others, accepting that sometimes, in the words of Voltaire, we should be more preoccupied by our vegetable garden than the chaos of the world and its characters. Obsessing about what others think of us is without importance; yes, criticism can hurt but there are no guarantees in life or fool proof recipe for nirvana. Most of us bumble through life, awkward and unsure but over time we find an ease with ourselves that can be disarming. Authentic minds are rare but they they are very powerful. Someone who is comfortable in their own skin doesn't need to say so. They also see the world for what it is - a morass of soon forgotten details which fleetingly seemed to be of significance.

​​​​​​​Listening to Test Cricket in the UK today, I was despairing at the commentary which turned to racism. I wondered out loud how black West Indian cricketers managed to become some of the best players in the world, when they are, shock horror, black. I don't know what level of tolerance I am supposed to exhibit? Should I genuflect when meeting a black person? Should I apologise for being European? Should I take to the streets and wave a banner that "BlackLivesMatter"? Everyone is inherently racist and discriminates daily and unconsciously about something or other. The far Left who have some of the most dysfunctional lives and self medicate their dysmorphic brains with drugs, don't lie awake worrying that the peasant growing the stuff is essentially enslaved by the drug cartels, do they?

​​​​​​​The same applies to transgender rights. Well, I have rights too as a heterosexual woman born biologically as a woman and still with all her parts who sees herself as a woman. I don't actually have the energy to try and understand why your right to be understood and accepted is my bloody problem! I don't actually care! And no, if you haven't got a womb and have never menstruated you're not a woman, just hoping you were. The issue of rights in choosing sexuality is all new territory, the flagship of the woke warriors and sadly, there will be repercussions for future generations who will see 'confused' as the norm.

​​​​​​​When I did live radio and would interview guests I was frequently amazed by how easily they would share their problems. The secret to interviewing is that people LOVE to talk about themselves so let them. But why not switch your perspective around? Instead of complaining, why not exalt the good in the world and condemn the bad to the recesses of your reality. Which is precisely why I'm ignoring the prince and his handler and the rights that everyone wants because it's not society that matters or starving kids or some poor bloke who lost his livelihood through Coronavirus, IT'S THEM, or rather, ME, ME, ME, MYSELF and I, I, I.... 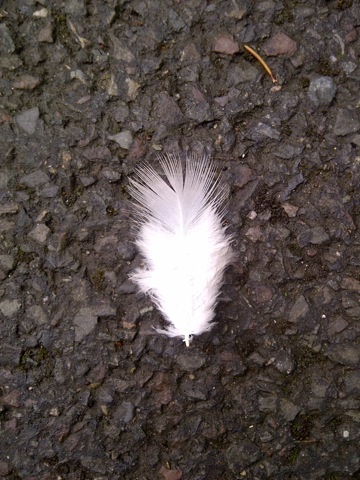