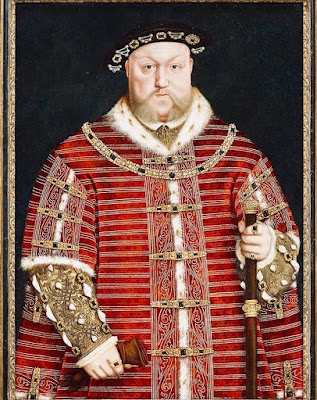 Henry’s mother, Elizabeth of York was born on the 11th February, 1466 at the Palace of Westminster – and by coincidence, also died on her birthday in 1503 at the Tower of London, after giving birth the week before, perhaps prematurely, to her eighth child – a little girl, who did not survive long.
Henry’s grandmother, Lady Margaret Beaufort, was born on the 31st May, 1443 at Bletsoe Castle, and Lady Cicily Neville, mother of Richard III, died on the same day in 1495 at Berkhamsted Castle. 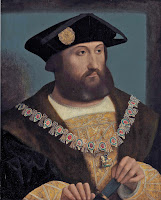 Another coincidence is the death of Charles Brandon, in Guildford on the 22 August 1545 – the anniversary of the beginning of the Tudor Dynasty, and of his father’s death at the Battle of Bosworth. (William Brandon was Henry Tudor's standard-bearer, and was thought to have been killed by King Richard III.)
I’m sure there are more, but we don’t even know the birthdays of some of the most famous Tudors, such as Anne Boleyn – if you can think of other ‘coincidences’ let me know in the comments.
Tony Riches
Original link