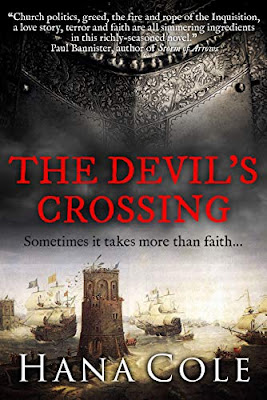 Available on Amazon UK and Amazon US
1212. The Chartrain, France. A band of shepherd boys have set off on crusade, believing they can free the Holy Land.
Gui is a troubled priest who has been shielding his secret family for years. Agnes, his beloved, is a falsely-accused heretic he rescued from the Inquisition’s pyre.
Their son Etienne, unaware of his father’s true identity, is coming of age. Tired of his lowly shepherd’s life, he seeks adventure. The Crusade is the perfect opportunity to prove himself to the world.  He has no reason to suspect the men offering him passage overseas are not what they seem.
Discovering that Etienne has been sold into slavery, Gui and Agnes set off to find him. If Gui is ever to tell his son the truth, he must give up his comfortable compromises and fight the battle of his life against the institution he has served devoutly.
Meanwhile, Agnes guards a secret of her own; she must face her past in a confrontation with the venal Amaury, Lord of Maintenon, that will either set her free or claim her life.
The background events of the novel are real. The Children’s Crusade did indeed set off from the Chartrain in 1212, led by a young shepherd called Stephen of Cloyes: its mission to recover the True Cross and liberate the Holy Land. Simultaneously, in Germany, a boy named Nicolas of Cologne began his own preaching tour, mirroring Stephen’s success.
Although the movement fragmented very quickly, some of them made it to Rome, and others went to ports such as Marseille, seeking passage overseas. The vast majority of them were never heard of again.  Contemporary chroniclers inform us that some starved en route, whilst others fell prey to sickness, and others still were forced into domestic servitude, or were sold by unscrupulous merchants into slavery abroad.
I knew a fair bit about the period and the events of the crusade from my university studies, but I didn’t realise how ubiquitous the slave trade was in parts of Europe, nor that slaves were widely used as domestic staff in the Mediterranean. Although technically Christians were not supposed to use other Christians as slaves and likewise in the Muslim world, in reality the boundaries became blurred. For example, women from the hinterlands of the Balkans, nominally heretics or pagans, were enslaved in staggering numbers throughout the period and sold in Italy.
The numbers of women exceeded male slaves by the later middle ages, and they tended to be worth more too, although that is a generalisation. In reality, the responsibilities of the slave owners towards the slave, particular if they sired a child, became financially quite onerous as time went on, and in the end it became less costly to pay nominally free labourers or domestics per diem wages rather than keep slaves, so it began to fall out of use.
I have endeavoured to keep the chronology of events and the details of medieval life as close to the historical reality as possible. However, I did take some creative license to serve the story, most notably with the Inquisition - which whilst technically established, was not yet the dread and coherent organisation that it would be later become. The Children’s Crusade coincided with the crusade against the Cathars in Provence, so I also wanted to weave that into the novel.
Some of hardest scenes to write were the ones with the inquisitor doing his thing! There is something truly terrifying about the combination of the absolute authority of the interrogator, combined with the lack of any basis in reason. Once they had you, you could not reason with them or appeal to a jury – and by the time we reach the peak Witchcraze era of the sixteenth-seventeenth centuries, the Inquisition had literally been conjuring up enemies to torture for centuries.
My current work in progress is a thriller set in Italy around the rise and collapse of the first merchant banks in the run up to the Black Death. The more I research, the more I realise that many of the seeds of our current economic woes were sown in the commodity markets of the fourteenth century!
Hana Cole
# # #
About the Author: 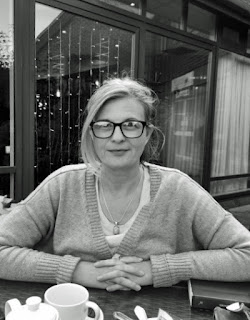 Hana Cole is a novelist and historian. Born in Essex to an Anglo-Italian family, she studied Economics at the London School of Economics and Medieval History at Oxford where she gained her Masters. After living in Turin for several years, she travelled widely in the Middle East and India before returning to the UK. She has worked as a film subtitle translator, financial analyst and a yoga teacher. She now lives in Manningtree, Essex, with her husband, daughter and two cats. You can find Hana on Twitter @HanaScribe
Original link