Special Guest Interview with Nancy Bilyeau, Author of The Blue 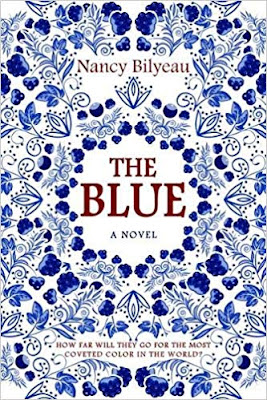 Available from Amazon UK and Amazon US
In eighteenth century London, porcelain is the most seductive of commodities; fortunes are made and lost upon it. Kings do battle with knights and knaves for possession of the finest pieces and the secrets of their manufacture.
I'm pleased to welcome best-selling historical fiction author Nancy Bilyeau to The Writing Desk:
Tell us about your latest book

I followed up my Tudor trilogy with a stand-alone novel set in the eighteenth century. I jumped to another time period with The Blue. It’s a spy story and an art story: a young Huguenot woman who longs to be a serious artist gets caught up in a conspiracy to steal the formula for the most beautiful shade of blue ever created from an English porcelain factory in 1758, the middle of the Seven Years War. I brought some of my family history to this novel, as I am descended from a Huguenot settler who came to New Amsterdam (now New York City) in 1665 and my father was a watercolor artist.

I’d love to have a routine—and even more so, a beautiful writing room or even a nook! I have a full time job at a nonprofit news center and freelance nonfiction assignments, and a family, so I write my books, and The Blue in particular, at the kitchen table early in the morning before anyone is awake, or in bed on the weekends. Any time I could snatch for research or writing or revising.

Get eyes on your work and listen to what your beta readers or critique partners say. What we think is coming across with clarity to a reader might not be—that’s where your team can help you. It’s really important not to submit fiction or publish before something is ready. I fight that impulse myself, as I am not a patient, deliberate person. But letting something sit overnight to get a fresh read in the morning is one of my tricks.

My books are “traditionally published,” but the classic path to success of bookstore appearances and touring and speaking, it doesn’t work today. Most publicists would actually agree with that too. Nor does sending a huge number of ARCs to newspaper and magazine reviewers to build up awareness, because, sadly, print media is spiraling out of existence. The reality is everyone is online and authors need to be where readers are. I write a lot of nonfiction on history and I interact with people on twitter, Facebook, and Goodreads. I like social media, so to me it isn’t a chore or a necessary evil. I have to force myself off it!
Tell us something unexpected you discovered during your research

That the luxury-obsessed elites of the 1750s were quite similar to that group of people today. Some aristocrats and merchants went bankrupt collecting porcelain, it became a sort of madness, as the porcelain itself became ever more elaborate and fantastical. During this period, Sevres Porcelain, near Versailles, produced things like a potpourri vase in the shape of a ship, gold enamel, painted deep blue, a lot of detail, including a detailed scene painted on the side of sailors on a wharf packing fish! If when you hear “porcelain,” you think cups and plates, that’s not what this world was about in the mid 18th century. It was about creating these delicate fantasies with tantalizing glimpses of real life.

In The Blue, it was an early chapter, when Genevieve, my main character, is having dinner in her Spitalfields house with her grandfather—and with a guest, Sir Gabriel Courtenay, who is the antagonist of the plot but also there’s an attraction there between them. Here he is trying to recruit her for a spy mission but doing so with a lot of subtlety. Several levels needed to be in the chapter, but also a lot of information is being revealed and crucial decisions made. Yet they are on the surface of it, just sitting and eating and talking. So it was a challenge to make the scene interesting and tense. I had to revise a lot.

I’ve written a fifth novel, Dreamland, to be published January 16, 2020 by Endeavour Quill. For the first time, I’m setting a novel in my own city and it’s just past the turn of the century. A rebellious heiress gets dragged to the Oriental Hotel, a luxury hotel on the Atlantic Ocean (one that existed) not too far from Coney Island, “America’s Playground.” She meets an immigrant artist, and that leads to all sorts of fireworks, literal and figurative. I just spotted the Publishers Weekly review of the novel, and it describes the period in Dreamland as “the end of the Gilded Age.” That’s it for sure.
Nancy Bilyeau
# # #
About the Author 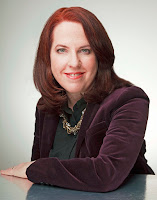 Nancy Bilyeau studied History at the University of Michigan and has worked on the staffs of "InStyle," "Good Housekeeping," and "Rolling Stone." She is currently the deputy editor of the Center on Media, Crime and Justice at the Research Foundation of CUNY and a regular contributor to "Town & Country" and "The Vintage News." Nancy's mind is always in past centuries but she currently lives with her husband and two children in New York City. Find out more at Nancy's website www.nancybilyeau.com and find her on Facebook and Twitter @Tudorscribe
Original link