Special Guest Interview with Louise Fein, Author of People Like Us 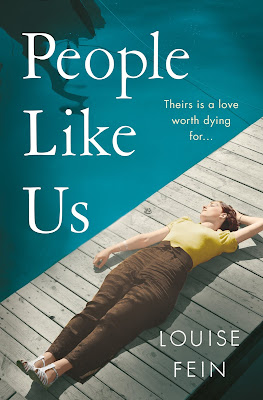 New on Amazon UK and Amazon US
Leipzig, 1930s Germany: Hetty Heinrich is a perfect German child. Her father is an SS officer, her brother in the Luftwaffe, herself a member of the BDM. She believes resolutely in her country, and the man who runs it. Until Walter changes everything. Blond-haired, blue-eyed, perfect in every way Walter. The boy who saved her life. A Jew. Anti-semitism is growing by the day, and neighbours, friends and family members are turning on one another. As Hetty falls deeper in love with a man who is against all she has been taught, she begins to fight against her country, her family and herself. Hetty will have to risk everything to save Walter, even if it means sacrificing herself...
I'm pleased to welcome author Louise Fein to The Writing Desk:

Tell us about your latest book

My debut novel, Daughter of the Reich (US title) also known as People Like Us (UK title) is a historical fiction novel, telling the story of impossible love set in the tumultuous background of 1930’s Leipzig. Hetty, the daughter of an SS officer, is the epitome of a perfect German child. With a brother in the Luftwaffe, herself a member of the BDM, she is keen to play her part in the glorious new thousand year Reich. Until, that is, she encounters Walter, a friend from the past who once saved her life. A Jew. As she falls more and more in love with a man who is against all she has been taught, Hetty begins to question everything. Will the steady march of dark forces destroy their world, or can love ultimately triumph?

In ‘normal’ times, I work during school hours, beginning straight after the school run, and taking a break mid-morning to walk the dog. This walk is a useful part of my writing day because it allows me to mull over what I have written and where I need to take the story next. Somehow the process of walking allows my brain the freedom to think and it’s the time I am able to find solutions where maybe I have got stuck while sitting at my desk! If necessary, I’ll perhaps edit what I’ve written earlier in the day during the evening. At the moment, with homeschooling my youngest daughter, my routine is rather different, and I find I have to do the bulk of my writing from mid-afternoon into the evening. With my older children (one in the last year of school and one at university ) at home and my husband also working from home, there are other people who can do the cooking!

Writing is a skill which needs practice like any other, so keep writing! Some days the writing will flow, other days it will feel hard, like walking uphill through treacle! But that is the same for every writer, whether new or not. It is also a long-game, so don’t be in too much of a rush. It takes time to write something good, and it will need lots of revision. That is the part I love best - honing a rough first draft into something better. Never compare your first draft to all the wonderful finished books you read - they have been through multiple revisions and have had the input of professional editors. Seek advice and feedback - critique of our work is vital and any criticism is not a reflection of you as a writer, but simply how your work could be improved. Remember to enjoy each step and don’t give up! Patience and perseverance is the key.

I’m still fairly new to this game, so I might be better able to answer this further down the line! But from my perspective at this point, I think being connected to the author and the blogging community is very important. Authors are also readers and champions of each other. I’ve found the community to be super supportive and especially at this time, many well known authors are supporting debut or less well known authors getting their books talked about. Bloggers and on-line influencers are increasingly important and some have huge followings which can be key for books to reach readers.

Tell us something unexpected you discovered during your research?

I was lucky to be handed a large family archive of documents (which I had not perviously known existed) during the course of my research. This consisted of twenty-four boxes of diaries, letters, journals etc, which ran from the early 20th century through to the 1960’s.  They formed a useful resource of contemporaneous material. Many of the documents were in German, but once my family had fled to England and America during the 1930’s, they were written chiefly in English. Amongst them I found some poignant items, including my father’s first tooth and a lock of his hair his mother had kept. The most unexpected were the transcript of a broadcast my father had made for the BBC during the war years, and some documents regarding my father’s cousin who had been in the secret service during the war.

I think the hardest scene I had to write for this book was the one which covered the events of Kristallnacht. There was some extreme violence and this was not easy to write, both emotionally but also in order to get the tone and pace of it right. I went over and over the scene to ensure I had the balance right.

I am at the final stages of my second book which I’ll be sending to my publishers soon! It is also a work of historical fiction, but rather different to this one. It is set in 1920’s England and covers some little discussed, but I think important, aspects of society which are still relevant and have repercussions today. That’s all I can say about it for now!

Louise Fein
# # #
About the Author 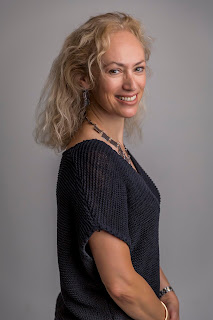 Louise Fein was born and brought up in London. She harboured a secret love of writing from a young age, preferring to live in her imagination than the real world. After a law degree, Louise worked in Hong Kong and Australia, travelling for a while through Asia and North America before settling back to a working life in London. She finally gave in to the urge to write, taking an MA in creative writing, and embarking on her first novel, inspired by the experience of her father's family, who escaped from the Nazis and arrived in England as refugees in the 1930's. Louise lives in the beautiful English countryside with her husband, three children, small dog and the local wildlife who like to make an occasional appearance in the house. Find out more at Louise's website https://www.louisefein.com/ and follow her on Twitter @FeinLouise
Original link