Special Guest Interview with Carmen Radtke, Author of Walking in the Shadow 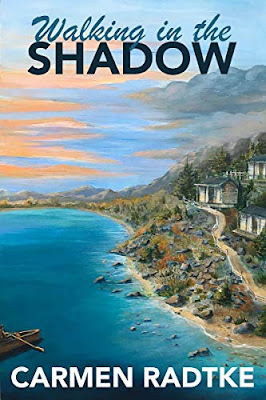 Available on Amazon UK, Amazon US
and Amazon AU
Quail Island, 1909. Jimmy Kokupe is the miracle man. On a small, wind-blasted island off the east coast of New Zealand a small colony of lepers is isolated but not abandoned, left to live out their days in relative peace thanks to the charity of the townspeople and the compassion of the local doctor and matron of the hospital.
I'm pleased to welcome author Carmen Radtke to The Writing Desk:

Tell us about your latest book
My latest book is in reality my oldest. I wrote Walking in the Shadow while living in New Zealand. I’d come across the ruins of the lepers’ camp on Quail Island in 2010, during a day trip with my child. We had a picnic where these men once walked and dreamt of the times when they were healthy and free to roam.

That idea kept me awake at night, and in true journalist manner (I’m a trained newspaper reporter) I started to dig into the past. When I read that one of the leprosy sufferers had been cured and still, he returned to the camp, I knew I had to write about them. What would make a man who’d experienced something like a miracle in an age without antibiotics, give up his freedom again?

I wrote on the first draft during the scariest period of my life, when Christchurch was rocked by the earthquakes the killed 185 people and destroyed much of the city centre. I hunkered under the dining table, typing away between aftershocks, desperate to tell this story and keep the memory of these men alive. (Last year, an excellent non-fiction book about the subject, written by historian Benjamin Kingsbury, came out, eight years after I’d finished Walking in the Shadow.)

My draft was selected for the New Zealand Society of Authors’ mentor programme, and mentor Stephen Stratford loved it. The first agent I approached came back within two hours, asking for more. It was long-listed for the Mslexia competition and just missed out in being a finalist in the Be A Bestseller competition. Everyone loved it. And, for years, nobody wanted to publish it, until I decided to take the matter into my own hands, together with an Australian novelist and former publisher.

What is your preferred writing routine?
I wish I had one … Somehow, years and years of journalism have taught my brain not to get into writing mode before ten am. Nine, if I’m very lucky. I drink tea while writing, and for the first half hour or so have to fight the urge to maybe check my emails, or tidy a bookshelf, or organise my research notes … Once I’m in the story, though, on very good days, I hate having to stop when there are meals to be cooked, or the cat needs attention, or the phone rings, or my eyes smart.

I admire writers who can write a novel in a month. I’m not one of them.

What advice do you have for new writers?
Be kind to yourself. Those golden words I hear in my head in the middle of the night look leaden when I write them down. I used to let that stop me, when a paragraph sat there in the page, lifeless and taunting. The best advice I received is, First get it written, then get it right.

Ask for feedback when you’re ready, but choose your audience well. Friends and close family will tell you what you want to hear, not what you need to be told. If anybody’s words hurt you, take a step back (easier said than done). Critique should never be personal and always be constructive. And learn to ignore notes you don’t agree with, after thinking about why you don’t agree with them. Pouting and saying, well, it’s my book, and that’s how I want it, is tempting but not really helpful.

Another important thing: Find the courage to cut everything that doesn’t belong and file it away. Most writers use discarded scenes and lines in another book. Nothing is ever wasted, even if it’s only as a lesson learned.

What have you found to be the best way to raise awareness of your books?
That is the trickiest part. Some people are naturals at marketing themselves; I’m not. But I love to interact with other writers and readers and writing blog posts is fun. I sometimes get private messages on Facebook from readers who tell me they loved a book or a character. That’s amazing, although I wish they’d tell the rest of the world, too.

Tell us something unexpected you discovered during your research
The leprosy sufferers on Quail Island weren’t really stuck there. They could easily have escaped, in a boat or walking across the mud flats. I can’t imagine the willpower it must have taken.

One of the men, who was the original Will in my novel, was confined first to the camp on Quail Island and later to the colony on a Fijian island where the men were relocated. Altogether he spent 31 years in a lepers’ hut. Thirty-one years! He was the first patient on Quail Island, and he spent two years on his own, with only occasional visitors. Today, we struggle with social distancing and find that an almost intolerable hardship. Despite all this, Will was described as the most cheerful, happy patient. My heart broke when I read that.

What was the hardest scene you remember writing?
The hardest scene in Walking in the Shadow was having Jimmy think he might have infected someone he loves. There was so little known about leprosy, but I think anybody who’s ever been diagnosed out of the blue with a contagious disease or been close to someone will understand that panic.

What are you planning to write next?
I’m writing the next cozy historical mystery in my Jack and Frances series – fun and lighthearted. But I’m also working on a historical novel set in Berlin during the rise of the Nazis. It’s a story I’ve wanted to tell all my life, and it’s already breaking my heart because I know what horrors await my characters.
Carmen Radtke
# # #
About the Author 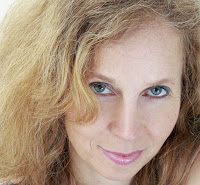 Carmen Radtke has spent most of her life with ink on her fingers and a dangerously high pile of books and newspapers by her side. She has worked as a newspaper reporter on two continents and always dreamt of becoming a novelist and screenwriter. When she found herself crouched under her dining table, typing away on what was to become Walking in the Shadow between two earthquakes in Christchurch, New Zealand, she realised she was hooked for life. She’s the author of the cozy historical mysteries The Case of the Missing Bride, Glittering Death, A Matter of Love and Death and the upcoming Murder at the Races. When Carmen is not writing, reading or dreaming of travel, she is busy acting as resident cat servant. Her website (very much a work in progress) is carmenradtke.com and you can follow Carmen on Bookbub  and Twitter: @carmenradtke1
Original link