Kaz knows Boston isn’t a good person. He just doesn’t care.
Boston’s looks alone could only be the work of the devil. His wicked smile, sexual expertise, and black heart are further proof the man had to have been created by Lucifer himself. He’s tried ruining Kaz’s best friend’s life and has never been faithful to a soul. None of it matters. Kaz still can’t stay away. He tells himself Boston means nothing. Kaz can quit him any time he likes. As long as Boston remains a secret, no one gets hurt… Right?
As the former cruiserweight champion, Boston is used to having the world at his feet. There’s been few things in his life that have made him feel an ounce of guilt. Kaz is no different. Boston saw him, wanted him, and then set out to have him. He knows Kaz thinks to keep him a secret. But Boston hasn’t gotten this far in life by hiding in the shadows.
When their relationship takes an unexpected turn and is shoved into the light, Kaz finds himself at a crossroad. He can accept the life he’s always known, saving his heart and oldest friendship, or risk everything on the bad boy who could give him the world. 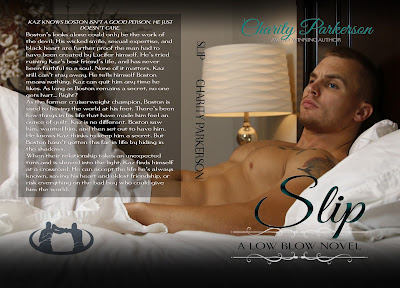