Sometimes we get the hint.
Like, as a belated – but much appreciated and welcome – gift for my birthday, I just received a bundle of sourcebooks for All for One: Regine Diabolique, the roleplaying game of musketeers fighting the Gothic horrors that haunt a not-exactly-historical 1636 Paris.
And yes, I got it. 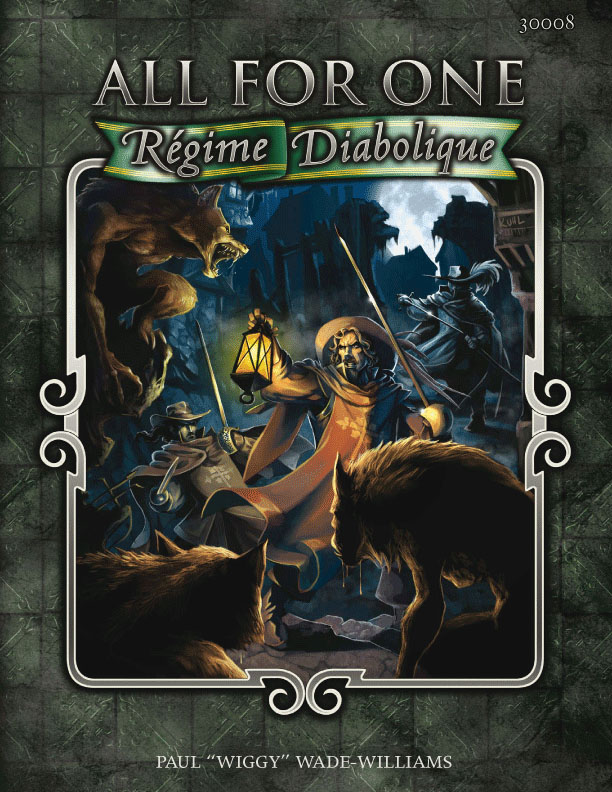 I mentioned the Ubiquity-powered All for One in a previous post (I am sure WordPress will put a link to it down below). I like the Ubiquity system, and I like the setting, with its swashbuckling heroes facing unspeakable horrors to defend the honor of the King.

What I just got will allow me to set up a proper game, one of these nights, for the delight and amusement (hopefully) of my players. 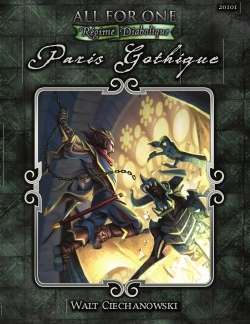 Paris Gothique is a big sourcebook about the capital of the Kingdom of France, and the main playground for the Musketeers. The 158-pages volume includes a gazetteer of the city neighborhoods and an overview of the city’s history, a list of characters from history and literature (including stats for all four the Dumas Musketeers), more strange creatures, an extra serving of secret societies, and a very detailed and fun list of adventure hooks set in the city.

The Richelieu’s Compendium Guide Une, is a first bundle of assorted material, originally published as eight small pamphlets, ranging from new character classes (the Queen’s Own all-female Musketeers first and foremost among them), a selection of strange, DaVinci-esque contraptions, and then creatures, an overview of the French aristocracy and the Catholic church of this parallel universe, a few fencing schools (because one might always need a few extra tricks), plus various odds and ends – and rules for naval warfare, because… pirates. 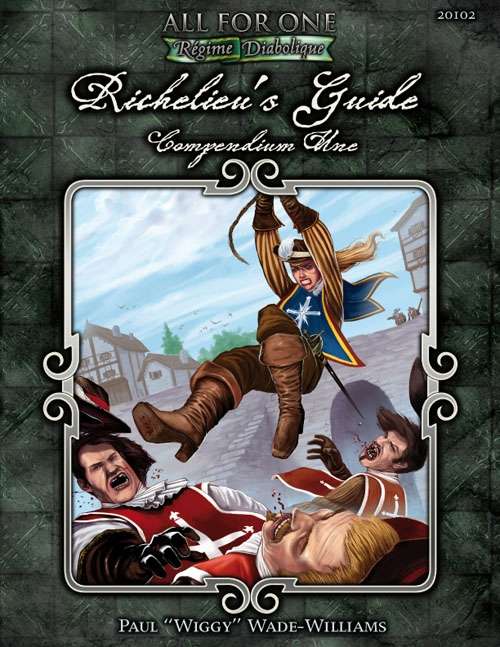 And finally, as part of this gift package, I got Force Majeure, a three-part introductory mini-campaign to help the rookie Musketeers get into the mood and the ambience of the game.

All for One: Regime Diabolique is a game I like a lot, because it allows me to blend historical adventure, swashbuckling sword & sorcery and a good serving of supernatural horror, the lot served by a fast, easy to learn system. Currently we are using Ubiquity in our online lockdown game, and it’s proving to be a blast.
Moving on to All for One might be a fun option in the next weeks – a change of pace and setting, while sticking to a system that is working just fine.
You can’t go wrong with rapiers and gargoyles.