Romance
Uvi Poznansky
Heather Jane Hogan has narrated several of my audiobooks, and I am always curious to learn about her craft. So at the completion of ou new project, the audiobook edition of Overdose, I asked her to write about her craft. This is what she writes about the way she found the voices for my characters in Overdose: 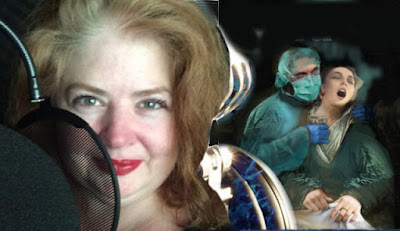 Oh my holy cow
By Heather Jane Hogan
I just love the way Uvi writes. She has a haunting turn-of-phrase that really gets under my skin. Finding voices for this book wasn’t as challenging as the previous book, Coma Confidential, because a few of the characters were the same - however, I did have some trouble finding the right voice for Michael since he wasn’t as prevalent in Coma Confidential as he was in Overdose, and Uvi asked me to change it up a bit because I started him off too aggressive. She was right, of course, and that gave me room to make Dr. Patel the aggressive one.
I also liked that Mrs. Winters was in this more; I enjoy doing her voice. I based that character on a close relative, who is as pretentious as they come (and I love the dickens out of her).
As far as Karishma, the Indian dialect isn’t one I’m fully adept at, so I went with a softer, less confident voice to help with that. Also, whenever I do a dialect I’m not 100% familiar with (like Indian), I have to say a phrase before each line of dialogue. For Indian, its “Oh my holy cow.” Don’t ask me why; I don’t remember the origin, but for some reason, saying that helps put my mouth in the proper form to then speak with that dialect. 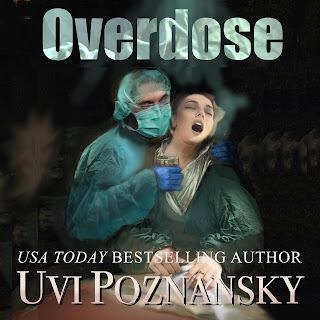 Overdose
(Volume III of Ash Suspense Thrillers with a Dash of Romance)
Paperback: Amazon
Audiobook: Soon
Months after recovering from coma, Ash discovers that the man who performed her brain surgery has a questionable medical experience and a dark past. Should she expose him, at the risk of becoming vulnerable to his revenge?
Heather voiced my characters in the audiobook editions of My Own Voice
(included in Apart from Love) and the audiobook edition of Twisted. Her rendition of Coma Confidential is coming soon...
Follow Heather on these sites: Twitter Website
And take a listen to her voice in these 5-minutes voice samples
of the audiobook editions of my books:
Original link