My idea of Heaven...

Self-Help
Samantha
....has always been proper food. I would rather cook a lovely, nourishing meal and open a bottle of vino than go to a restaurant any day. Apart from fine dining in France, I generally feel underwhelmed when I go to restaurants. I can tell that the meat is not the best, the chef has used shortcuts and the dish is overpriced for what it's worth.

Food is also love. You cook for those you care about because you want them to stay healthy. I remember my late mother saying that she put her heart in her cooking.

My idea of Hell is to eat processed food which is not satisfying or nutritious; food that is cooked from scratch has an energy or vitality that nourishes the body. Processed food that has passed through a machine is energetically dead.

The French still revere food which they elevate to an art form. Who could walk into this bakery and not be salivating? The baker would have started preparing the bread dough at 2.00am in order to fill the shelves by 7.00am. The belief in France that all illnesses begin in the digestive system was written about long before Western scientists linked dementia to the gut. I remember reading Saint Simon's Diaries written in the 17th century and Chateaubriand in the 18th century, and both having remarked about the connection. Today's headlines that processed food is linked to shorter life expectancy is therefore nothing new. And it goes without saying that happiness is a buy product of good health.

Finally, good food does not have to cost a lot of money. A bowl of lentils and bread will set you back a pound or two but the benefits far outweigh the cost. I think everyone can afford a packet of lentils but not necessarily the will to cook them. As the French philosopher Malebranche theorised, there is will and there is understanding. A horse cannot be forced to drink just as one chooses not to understand but to enforce one's will instead. 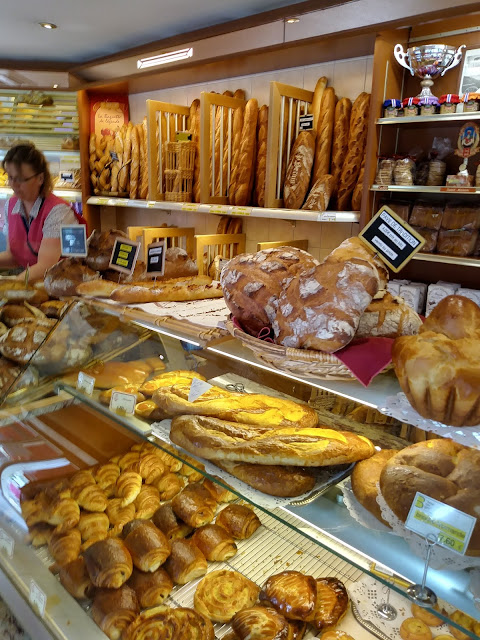