Lessons From Sir Lawrence for 2020

As a young archeology student, Sir Lawrence of Arabia was sent to the Middle East by the British Museum. During that time, he was beaten, shot at and robbed, and yet, when the military sent him back to Syria on a fact-finding mission, where Ottoman Turks lorded over the land; Lawrence saw it as an opportunity to help liberate Arabia.

Recently, I re-watched the legendary Peter O’ Toole, in the famous 1962 movie. I saw it before, but in my case, age and experience helped me appreciate the finer points, the cinematography and the all-star cast. (Plus, I always thought Peter O’ Toole was a handsome fellow.)

With a bounty on his head, Sir Lawrence led his rag-tag troops into battle against sophisticated armies. Upon being captured, he was beaten and imprisoned, but continued his stealth operations in order to help his friends—nomads-- Arabs—and a Prince.

Whether historically true or not, the positive attitude of the main character in the movie keeps you riveted. When the British commanding officer asks him to return to the parched, dangerous land where he knows anything can happen, he cheerfully agrees to go, even saying, “It will be fun.”

Of course, none of it is fun. 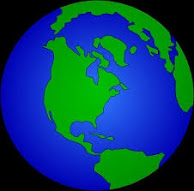 Which immediately reminded me of this year.

When faced with adversity, do we give up or proceed?

Will our battle scars slow us down?

Will we continue to protect our friends?

Do we fight for peace?

Can we make it fun?