Just for Fun: A Story & Some Obscure & Generally Trivial Information

Today I am sharing some obscure knowledge with you, as well as a short and dubious yarn. Just what’s needed for a Blue Monday. Enjoy!

Yesterday I got my permit to carry a concealed weapon. So, today I went over to the local gun shop to get a 9mm handgun for home/personal protection. When I was ready to pay for the pistol and ammo, the cashier said, “Strip down, facing me.”

Making a mental note to complain to the government about gun control wackos in California running amok, I did just as she instructed. When the hysterical shrieking and alarms finally subsided, I found out she was referring to how I should place my credit card in the card reader!

I do not get flustered often, but this time it took me a while to get my pants back on. I’ve been asked to shop elsewhere in the future. They need to make their instructions a little clearer. I still don’t think I looked that bad! I just need to wear underwear more often.

‘A SHOT OF WHISKEY’  – In the old west a .45 cartridge for a six-gun cost 12 cents, so did a glass of whiskey. If a cowhand was low on cash he would often give the bartender a cartridge in exchange for a drink. This became known as a “shot” of whiskey. Hmmm. Son of a gun. Who knew?

BUYING THE FARM – This is synonymous with dying. During WW1 soldiers were given life insurance policies worth $5,000. This was about the price of an average farm so if you died you “bought the farm” for your survivors. Sounds plausible. 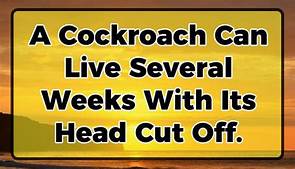 IRON CLAD CONTRACT – This came about from the ironclad ships of the Civil War. It meant something so strong it could not be broken. It seems logical.

RIFF RAFF – The Mississippi River was the main way of traveling from north to south. Riverboats carried passengers and freight but they were expensive so most people used rafts. Everything had the right of way over rafts which were considered cheap. The steering oar on the rafts was called a “riff” and this transposed into riff-raff, meaning low class. I’ll buy it.

COBWEB – The Old English word for “spider” was “cob.” Really? Okay, I guess.

SHIP STATE ROOMS – Traveling by steamboat was considered the height of comfort. Passenger cabins on the boats were not numbered. Instead, they were named after states. To this day cabins on ships are called staterooms. Are they ranked by the relative wealth of the states they are named after?

SLEEP TIGHT– Early beds were made with a wooden frame. Ropes were tied across the frame in a criss-cross pattern. A straw mattress was then put on top of the ropes. Over time the ropes stretched, causing the bed to sag. The owner would then tighten the ropes to get a better night’s sleep. Seems very plausible. I have slept in beds like this all over the world.

SHOWBOAT – These were floating theaters built on a barge that was pushed by a steamboat. These played small towns along the Mississippi River. Unlike the boat shown in the movie “Showboat”, these did not have an engine. They were gaudy and attention-grabbing which is why we say someone who is being the life of the party is “showboating.” Seems credible.

OVER A BARREL – In the days before CPR a drowning victim would be placed face down over a barrel and the barrel would be rolled back and forth in an effort to empty the lungs of water. It was rarely effective. If you are over a barrel you are in deep trouble. Okay. I’ll accept it.

BARGE IN – Heavy freight was moved along the Mississippi in large barges pushed by steamboats. These were hard to control and would sometimes swing into piers or other boats. People would say they “barged in.” Is that like a barge in a China closet? 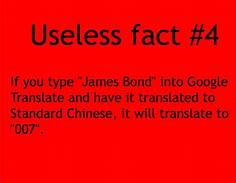 HOGWASH – Steamboats carried both people and animals. Since pigs smelled so bad they would be washed before being put on board. The mud and other filth that was washed off was considered useless “hogwash.” I remember hosing down pigs on the farm. The pigs loved it because it made mud which they quickly rolled around in. Our pigs had a permanent layer of hogwash.

CURFEW – The word “curfew” comes from the French phrase “couvre-feu”, which means “cover the fire”. It was used to describe the time of blowing out all lamps and candles. It was later adopted into Middle English as “curfeu” which later became the modern “curfew”. In the early American colonies homes had no real fireplaces so a fire was built in the center of the room In order to make sure a fire did not get out of control during the night it was required that, by an agreed-upon time, all fires would be covered with a clay pot called a “curfew.” Sounds reasonable to me.

BARRELS OF OIL – When the first oil wells were drilled they had made no provision for storing the liquid so they used water barrels. That is why, to this day, we speak of barrels of oil rather than gallons. Seems like I heard this somewhere before, so I’ll give it a thumbs up>

HOT OFF THE PRESS – As the paper goes through the rotary printing press friction causes it to heat up.  Therefore, if you grab the paper right off the press it’s hot. The expression means to get immediate information. I always thought it referred to the hot type the old letterpress presses once used. But hey, after 25 years as a working journalist who am I to argue?

There, don’t you feel smarter now?

Here’s something I learned in Vietnam: The liquid inside young coconuts can be used as a substitute for Blood plasma.

Here’s another bit of little known and possibly useless information: No piece of paper can be folded in half more than seven (7) times.

You burn more calories sleeping than you do watching television. (That’s especially true if you walk or jog in your sleep!)

Oak trees do not produce acorns until they are fifty (50) years of age, or older. (I guess growing old does have its benefits!)

The first product to have a bar code was Wrigley’s gum. (And there is a lot of Wrigley’s gum stuck under the bar too!)

The King of Hearts is the only king WITHOUT A MOUSTACHE (I think the Queen of Hearts has one though!)

American Airlines saved $40,000 in 1987 by eliminating one (1) olive from each salad served in first-class. (Today, they are saving millions of dollars by eliminating everything–including service.)

Venus is the only planet that rotates clockwise. Because Venus is normally associated with women, what does this tell you? (That women are going in the ‘right’ direction.? Hmmm)

Apples, not caffeine, are more efficient at waking you up in the morning. (And also keeping the witch doctor at bay.)

Most dust particles in your house are made from DEAD SKIN! (Yech!)

The first owner of the Marlboro Company died of lung cancer. So did the first ‘Marlboro Man’.

Walt Disney was afraid OF MICE! (I wonder why he never drew cats?)

PEARLS DISSOLVE IN VINEGAR! (That’s why I couldn’t find my wife’s pearls when they fell into my salad and I had a strange case of indigestion later.) 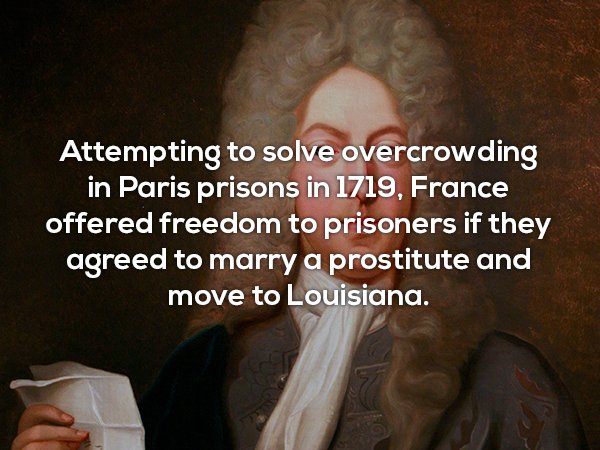 It is possible to lead a cow upstairs…But, not downstairs. (That is “udderly” amazing!)

A duck’s quack doesn’t echo, and no one knows why. (Could it be that there’s a quack in the sound barrier?)

Dentists have recommended that a toothbrush be kept at least six (6) feet away from a toilet to avoid airborne particles resulting from the flush. (I keep my toothbrush in the living room now!)

Turtles can breathe through their butts. (I know some people like that, don’t YOU?)

And there you have it, a litany of useless information that you can wow friends and strangers with at a bar, a wedding, or a funeral–even your own!

Original link
Facebook Twitter LinkedIn Pinterest
How do you feel about this post?
Happy (0)
Love (0)
Surprised (0)
Sad (0)
Angry (0)
Music Monday: “30 Days in the Hole”
‘To the Bright Edge of the World’ by Eowyn Ivey