If you wake up too soon, violent incidents may occur

Romance
Uvi Poznansky
Mr. Armstrong slammed his fist on the table, until the shield and cross-swords seemed to clack. “Start with your partner. What’s her name, again?”
“Ashley.”
“She’s an industrial designer, is she not?”
“The best! Our startup would not have been the success it was without Ash—”
“Perhaps so. But at this point, do we need her?”
“Excuse me, sir?”
“Given the new direction here,” said Mr. Armstrong, in a slow, grumbling tone as if talking to a rebellious child, “she can contribute little from now on.”
“I beg to differ,” said Michael, his muscles stiffening. “Given any direction, her role is vital. May I explain it to you, sir?”
“Please do.”
“For the customers of this company—say, military planners, or soldiers in training—virtual reality provides an uncanny sense of immersion. It tricks their brains into believing they are walking on that narrow beam high above an enemy city or riding an amphibious vehicle up the shore, anticipating an imminent attack. Ash did amazing work extending the immersive qualities and emotional impact of this experience, even before putting on the headset and long after taking it off.”
“And how did she do that?”
“By having participants step inside a physical environment, with props that were designed by her. It resembles a cross between an art installation and a minimalist stage production. Entering it prepares them mentally for the journey, before they take a plunge into virtual reality.”
Michael waited for a response, but none came, so he went on. “This physical environment also provides a gentler exit, beyond just yanking off the headset. How can I explain it to you? Getting off virtual reality is like waking up from a dream. You don’t want to do it abruptly, especially if you’ve just been on a virtual battlefield, escaping an attack. If you wake up too soon, violent incidents may occur.”
Mr. Armstrong glanced out the window into at the faraway sailboats. He must have liked what he saw, because it was then that he did something strange. He smiled, which seemed at odds with his usual grim face. To make matters worse, his smile continued to widen even as he relaxed his fist and opened his palm, across which was a scar.
“Perhaps you’re right. Perhaps her work is valuable,” he said. “But even so, I’ve made my decision. I must fire her.”
“Why?”
“Because not being here at this meeting shows utter contempt.”
Michael felt a rush of anger at this misguided decision, knowing it would not only cost Ash her livelihood but also rob both of them of the joy of creating new worlds, together.
He considered responding with some excuse for her absence. No, excuse was the wrong word. She had every reason to be alone for as long as it might take for her to heal. She was still in pain, still seeking revenge on the man who had forced himself on her, if only she could figure out who it was.
How could Michael share the little he knew about what had happened to her with someone who was practically a stranger to him, someone who didn’t know Ash and didn’t seem to care?
Excerpt from Virtually Lace 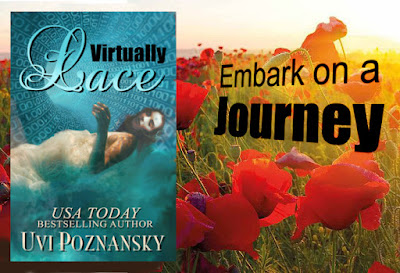 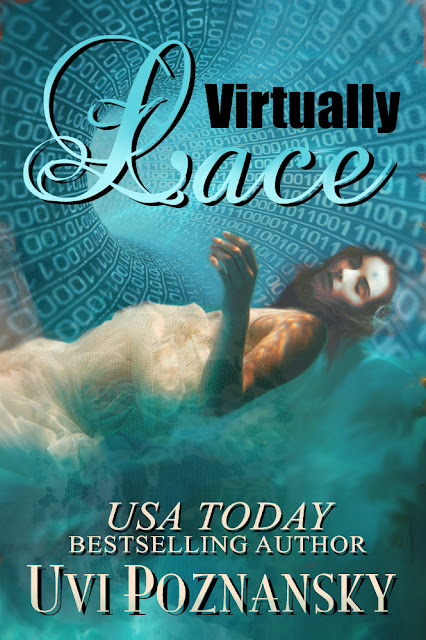 Haunted by discovering the body of a beautiful dancer, Michael sets out to create a virtual reality simulation of her murder. Can he bring the mystery to life? Can he solve its clues in time, before the killer turns on the woman he loves, Ash?
Original link