I will never let that happen to me

Romance
Uvi Poznansky
His head is now barely visible; eyes and nose already submerged, he seems to struggle for air. Mud is flowing into his white mouth, and at the surface, froth starts regurgitating.
“Fallen angels are a dime a dozen around here,” grumbles a throaty voice from above. Her foot kicks some more muck in his direction. “Some,” she says, “have no names at all.”
Startled I look up, and by her diamond-studded high heel sandals I recognize her.
“This one,” I point. “What’s his name?”
Leila hisses at me, “Who cares.”
“Doesn’t he have one?”
“Don’t you?”
Which gives me pause. My name is at the tip of my tongue and yet, I cannot utter it. Sigh. Somehow it has been erased from memory.
“Unlike you,” I retort, if only to hide my frustration, “I used to have one.”
“And a big fuss you made over it last night,” she shoots back.
“And just how—I mean, how would you hear about that?”
“I was there, darling. Stood so close behind you, I could practically poke you,” says Leila. “Didn’t you feel my presence? I couldn’t help blowing my breath at your neck, just to see you shudder... Lordy Lord, Lord of the flies! You made such a goddam stir over nothing.”
And before I can catch my breath to answer, on she goes, “A poor woman such as yourself should know her place, and never argue with her man, let alone with the elders in the village! Your name is not worth all that disrespect, dear. I expected that in a second, lightning would come down to strike you down. I knew, I just knew what was coming.”
“Did you,” I say.
“Indeed,” she says, with a hard glint in her eyes. “There I was, sniffing at your back, itching, itching, itching to take hold of you already...”
I gulp, so she goes on to say, “Unfortunately, the down elevator was broken; stuck down here in the pit. So alas, I had to bide my time.”
The bitch kicks at the fallen angel again—but his time, her big toe is snagged, perhaps by a rock. “Damn, damn, damn it,” says Leila. “And damn you! You and your stupid name and your stupid quibbles and fights with everyone around you.”
“My name,” I insist, “is all I have left.”
“Not anymore,” she corrects me. “It has, by now, been stripped away from you. Looking at your eyes, I can tell.”
“Even so! It’s still mine,” I say, noting a tone of stubbornness in my voice.
“Oh, dream on,” she shrugs. “And not that I care, but did you have to argue with the elders over it? Have you no civility, woman? No respect for them, or for keeping the silence in the village library?”
“Who gives a damn,” I say. “Who cares about those three wrinkly prunes, decking themselves with thick furs, shuffling their fancy quills between their porcelain-white fingers as if they, and no one else but them, were the instruments of God?”
To that she can find no answer, and so I press on, “All the while there I stood, right in front of their long table, trying not to fold over with the pangs of hunger, spotting the bread crumbs on the floor, and bracing myself with nothing but my pride so I don’t bend down before them.”
Leila passes her gaze over me top to bottom. Then with a belittling smile she says, “You had nothing on but stained tatters, dear. Not your best attire, you must admit. Making an appearance in rags like that cannot possibly make a good impression on anyone, let along on those wise guys.”
“Fashion is a crucial thing, normally,” I agree. “But in this case, let me ask you: who on earth gave them the idea that they are in charge of us village folk?”
And she says, “They are the keepers of history, woman. You ingrate! You should kiss their feet for putting your ancestry in writing.”
“Not mine, they don’t,” I say vehemently. “Oh sure, men’s ancestry is carefully kept. Our land, the land of Uz is named after Uz, son of Aram, son of Shem, son of Adam. But then—women? In my village they are of less value than cattle. So you tell me: is there any purpose for keeping the ancestry of cattle?”
She scratches her head, and comes up with, “None other than breeding, I suppose—”
“Exactly! Breeding, that’s what women are good for, in a man’s world. So their ancestry is forgotten, their names erased, their lives become mere anecdotes. In time, they become invisible holes in the fabric of the story. It’s as if they never existed.”
And I hope that somewhere, in her heart of hearts she feels for me when I say, “Look: when I was a little girl I ran up a hill from my house; and across the valley I spotted a pillar of salt. I couldn’t resist coming closer. I stood at her feet, looked up and met the eyes, the empty eyes of Lot’s Wife. And right there and then, seeing the trail of bitter tears running down her neck, I promised myself: I will never let that happen to me!” 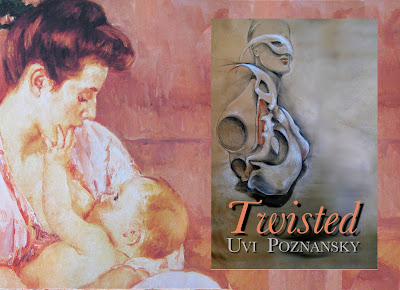 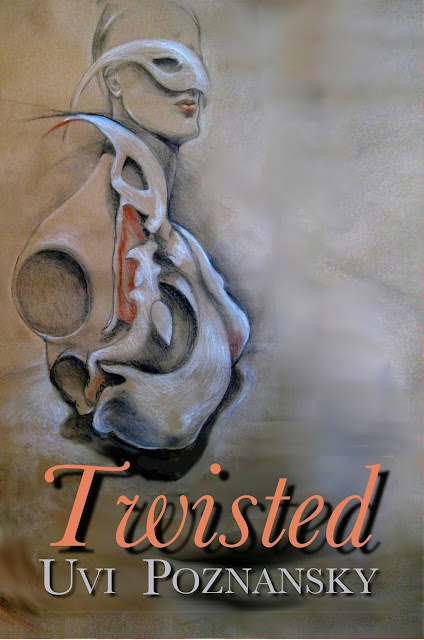 The ideas seem from a different realm of non-reality, but they are so immaculately constructed that each work becomes a little treasure to visit repeatedly.