How differences between couples affect the relationship? 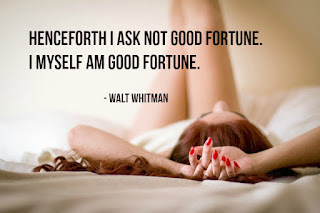 Did you ever wonder why you can't agree with some people? It doesn't have to be your fault or their problem, it is just a wrong connection. If you are attracted by a man who is so different from you and you are constantly fighting, it is just a wrong turn.
People with various characters will attract each other at first sight.
It happens that sex is great.
You love different things but you explore each other.
You hate him and love him at the same time.
You feel like on the battlefield, conflicts are part of your routine.
Rebecca fell in love with Adam very fast. They were friends but sparks between them won the game, they slept together. Differences between them became obvious after a few months. He believed in God, she was an atheist. She was ambitious and wanted a place in public media as a journalist, he wanted family life. She was hot-tempered and Adam considered her as a crazy one.
All that he loved about her when they made love became an obstacle in a serious relationship. They were great lovers, but bad partners. Rebecca realized that a relationship will succeed only if she gave up her principles and lose herself.
She back off from Adam and left him in silence.  Soon he realized that he can't live without her, but also it is hard to live with her. She was not like women he used to. They obeyed him and knew how to shut up when he was angry. Rebecca would piss him off very quickly. Still, they are learning how to adjust to each other.
When you are a couple and many differences separate you, you can choose between these options:
Make a friendship, not a relationship.
Stay away from each other.
Stay in the relationship, but make a compromise.
Love is strange, and there are many examples of how people who are not matchable stayed together. If you decide that love between you is more important than anything else, you will succeed. Just, if differences make a struggle and ruin your peace every day, you will fall in a big temptation. Sometimes, partners are too weak to survive together. Or they lose patience. Or, they find someone who is better matched to handle them.
It is not about differences which can separate you. It is about you how much you are ready to invest in a relationship, how much you will sacrifice and what is your priority. It is also about your partner, will you hold this relationship together, because if you want to keep your love, one side is not enough. You can't drive alone on this journey, and your partner can't be passive and ignorant.
Original link
Original author: Kristina Gallo

More posts from author
Thursday, 23 January 2020 Middle aged women and millennials are bad combination
Tuesday, 14 January 2020 If you choose between friendship and your attitude, choose yourself
Friday, 27 December 2019 Sometimes you need to kick asses