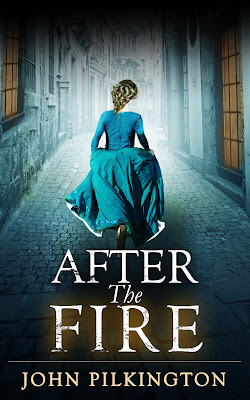 Available on Amazon UK and Amazon US
Before Jack the Ripper, there was the Salamander.
London, 1670. The Great Fire is all burned out. Now the city lies in ruins and a series of chilling murders is playing out on the London stage.
SOMETHING WICKED THIS WAY COMES . . .
Betsy Brand is an actress performing in Macbeth at the new Dorset Gardens Theatre. Every night she watches Joseph Rigg, the company’s most dazzling talent, in the throes of death as Banquo.
UNTIL ONE NIGHT HE STOPS PLAYING
Betsy watches in horror as Rigg collapses mid-performance, poisoned. London’s theatre world turns upside down as more deaths follow.
The authorities are baffled. But Betsy is determined to get to the bottom of it all.
EVEN IF IT MEANS SOLVING THE CASE HERSELF
Betsy hears rumours that a shadowy figure called the Salamander has returned. He had haunted London during the Great Fire and now he is wreaking revenge on his enemies. But her foe is more cunning than Macbeth himself. And time is running out.
CAN SHE UNMASK THE KILLER BEFORE SHE BECOMES HIS NEXT VICTIM?
Perfect for fans of Erin Morgenstern, Sarah Perry, Laura Shepherd-Robinson, S. J. Parris, C. J. Samson and Rory Clements.
WHAT READERS ARE SAYING ABOUT JOHN PILKINGTON:
‘A master of the historical mystery.’ Publishing Weekly
‘A likeable hero, an intriguing plot and a fine sense of period ambience.’ Booklist
‘Loved every one of his novels . . . hope there are more to come. What a talented writer.’ Pamela
‘A very well-crafted read which was unputdownable. The characters and settings transported me back in time . . . the best entertainment I have had for a long time.’ Helen
‘Polished and enjoyable . . . a page-turner of a story . . . more, please.’ MyShelf.Com
‘Inventive and amusing . . . the action rattles along at a good pace and the novel tells a good yarn.’ Historical Novels Review
# # #
About the Author 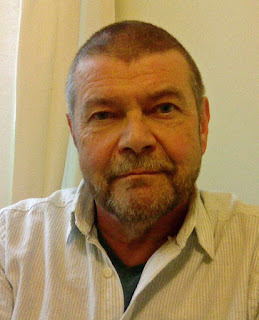 John Pilkington has written plays for radio and theatre, television scripts for the BBC and now concentrates on historical fiction, reflecting his passion for the Tudor and Stuart periods. A writer for over thirty years, he has published around twenty books including the Thomas the Falconer Mysteries (republished by Sharpe Books), the Marbeck spy series (Severn House) and two Restoration-era mysteries featuring actress-turned-sleuth Betsy Brand (republished by Joffe Books). He is also the author of a children’s series, the Elizabethan Mysteries (Usborne). Born in the north-west of England, he now lives in a quiet Devon village with his partner, and has a son who is a musician and composer. Find out more at his website, www.johnpilkington.co.uk, and find John on Twitter @_JohnPilkington.
Original link