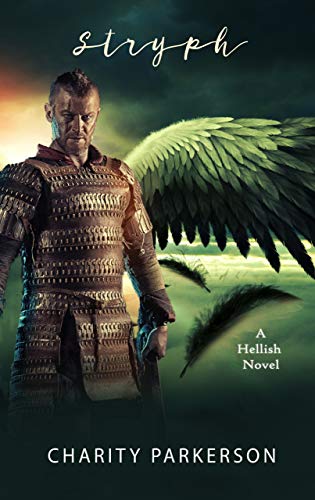 Stryph is neither good nor bad. Meeting Amor is about to test that.
As one of Heaven’s weapons, Stryph walks alone. He has no soul to share. Considered neither good nor bad, Stryph keeps life’s balance. Every living being depends on his neutrality. It’s an existence that moved beyond weary several millennia ago. His only friend, Shepherd has found his mates. Now, Stryph’s longing for a nonexistent mate is twice as strong. It’s a predicament Goddess Celeste has a plan to fix.
Amor hates everyone equally, which is funny because he’s literally love. Being sent to Earth to deal with things he doesn’t care about, does nothing to improve Amor’s bitterness. But Amor loves Celeste, and it’s been years since he’s visited the watery planet that’s survived so many fits from darker gods. He plans to treat the trip like a vacation. Amor never expects Stryph.
When these two powerful and volatile beings meet, the explosion of emotions is real. Only time will tell what those feelings turn out to be. It could be love, hate, or simply lust. Or maybe they’ll just end the world.
Original link
Facebook Twitter LinkedIn Pinterest
How do you feel about this post?
Happy (0)
Love (0)
Surprised (0)
Sad (0)
Angry (0)
PREY FOR THE DEAD
The Last Day of THE PREY FOR THE DEAD BLOG TOUR