He's not for you, and I told you so

It was then that I heard something, the whoosh of roller skates coming down the road in my direction. And as I turned, the incredible happened. Gliding with grace, there she was, coming at me with her hair glowing red, blowing backwards in the wind. Before either one of us knew what was happening Natasha ended up tripping on a loose stone, flying straight into my arms.
That moment I sensed the same rhythm, the same beat pounding in her chest and mine, which convinced me of one thing: despite messing up a 1941 Ford Super Deluxe Convertible, or maybe because of it, I was—without a doubt—the luckiest man alive!
But unfortunately, as moments often go, this one did not last. By instinct I drew closer and touched my lips to her forehead, taking in the fragrance of her hair, which must have been a mistake, I mean, not the fragrance but the thought of a kiss. Natasha pulled herself back from me, perhaps embarrassed because of the sudden, unintended touch.
With delicate, almost transparent fingers she straightened her skirt and smoothed an unruly curl that slinked down the left side of her face. She tucked it carefully behind her ear, slowly composing herself.
Then, catching her breath, “Now you’ve really done it,” she said.
And I asked, “Done what?”
She answered by asking, “Didn’t you read what I wrote to you?”
“What?”
“I said, you must make a good impression on Mama, must behave yourself this time, because she remembers you, and she does so not exactly in a good way, if you know what I mean, and to make matters worse she’s suspicious of all men in uniform, because according to her they’re here one day and gone the next.”
I shrugged, and Natasha went on. “She says that nothing of value can come out of spending my time with any of them, because I’m too naive, and should avoid those good-for-nothing bums, because all they want is to take advantage of me.”
“Sorry,” said I. “I never got that letter.”
“Would it have made any difference if you did?”
“Probably not.”
“From now on, because of you, Mama’s going to give me an earful, much more than she already does, each and every time I happen to bring up your name.”
“Really? Like what?”
“She’s going to repeat, over and over, ‘He’s not for you and I told you so,’ until she’s blue in the face.”
“In that case you’re going to have no choice but to fall in love with me,” I said.
To which she said, “What?”
And I said, “With this much force, she’s practically pushing you into my arms, isn’t she?”
“I don’t wish to rebel against her,” said Natasha, under her breath. “But yes, she makes me so angry inside, she does.”
“I should really thank her for it.”
“Why?”
“If not for her I would be slow to sense this heat in you.”
Lenny in The Music of Us (narrated by Don Warrick) 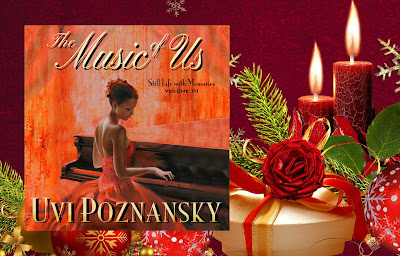 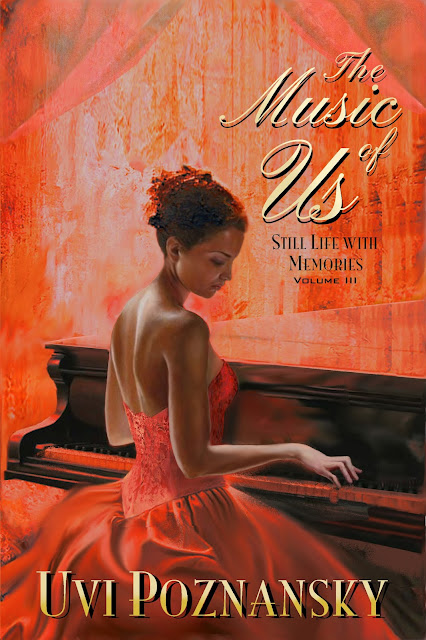 "The Music of Us is a wonderful love story from the first sentence until the very last. It touched my heart."
- Cary Allen Stone, Author
Original link