Guest Post by Saga Hillbom, Author of City of Bronze, City of Silver 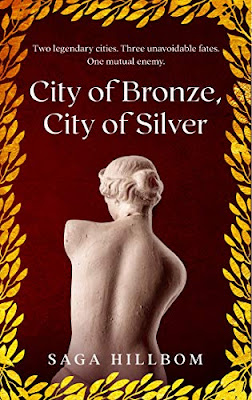 Pre-order from Amazon UK and Amazon US
431 BC. Greece is torn apart by war. The city states split into leagues: one headed by the militarized Sparta, the other by the sophisticated Athens. Alethea, a young Spartan woman, leaves her home to accompany her brother on the military campaign. Taken prisoner by the enemy and enslaved in an Athenian household, Alethea’s heart is set on revenge. However, her feelings are complicated as she is drawn to her abductor’s amiable cousin, Eucleides. Meanwhile, Efigenia, a child bride and Alethea’s new mistress, struggles to navigate in a world dictated by men. The rigid norms she lives by are consuming her little by little. Can the arrival of the Spartan help her break loose from her chains?
In this guest post, I want to talk a bit about my upcoming novel City of Bronze, City of Silver, as well as my WIP set in 15th century England. I will especially discuss researching.
City of Bronze, City of Silver, which is due to be released as paperback and ebook on August 1, 2020, is set in Ancient Greece, or to be more precise, during the second Peloponnesian War between Sparta and Athens. It tells the tale about a Spartan young woman, Alethea, who leaves her home to accompany her brother on military campaign, but is taken captive and enslaved in an Athenian household. Her heart is set on vengeance, but her feelings are complicated when she is drawn to her captor’s amiable cousin Eucleides. Meanwhile, Efigenia, a child bride and Alethea's new mistress, struggles to navigate in a world dictated by men.
Naturally, researching the 5th century BC was a challenge, especially regarding the lives of women, which is a theme that I seek to emphasise in my writing. Few manuscripts have survived to this day, and the source material is both fragmented and biased, as is so often the case with historical records. For example, Thucydides’ History has been an immense resource, but considering the fact that Thucydides was himself an Athenian general during the Peloponnesian War, I had to be cautious when reading his work.
I have found that when the amount of texts preserved in archives is highly limited, hundreds of hours listening to podcasts with experts is one of the best research methods available. I cannot count all the times I have tuned into an episode of The History of Ancient Greece by Ryan Stitt and taken fervent notes of facts that I could confirm afterwards.
Now, on to my WIP:
Richard wiped the blood from his split lip with the back of his hand. Even now, a full month after the battle of Tewkesbury, it refused to heal. Cecily, the two-year old girl wiggling on his lap, turned her wide eyes to his face and gazed in astonishment through a shield of honey-coloured lashes and strands of fine-spun hair that had escaped her short braids.”
These are the first few lines in the prologue, though this might be subject to change during the editing rounds. The novel is yet lacking a title, but I am fairly certain that it will be published sometime in the spring or summer of 2021. The story begins in 1482 (although the prologue is set in 1471) and covers roughly two decades of English history as seen from the perspective of Cecily Plantagenet, who was the daughter of Edward IV, the niece of Richard III, and the aunt of Henry VIII.
Those of you who are familiar with the Tudor era may know that Cecily married Margaret Beaufort’s half-brother Viscount John Welles in the winter of 1487, but history has largely forgotten this princess of York, and her life faded into obscurity after she married for love towards the end of her life. In my opinion, none of Elizabeth of York’s four surviving sisters have been granted enough attention, and this book will be my attempt to do them justice.
When I write historical fiction where the bulk of the cast consists of real personages, as is the case with this book, the task of research grows in importance. I strive to create an realistic setting and truly get under my characters’ skin, however, I do believe it necessary to take small liberties for the purpose of the story.
Different historians and writers will always have different opinions regarding, for example, the personality of Elizabeth of York or the truth of what happened to the Princes in the Tower. I will not discuss this here, knowing the heated debate that the latter topic still evokes, but the point is that there are certain things we will never know, and as writers, it is a fine balancing act between what we believe to be the truth and what suits the plot.
If I could give one research tip to new authors, it is to always compare multiple sources. This might sound obvious, yet few things are as important, especially when researching a politically torn landscape such as late 15th century England.
A second tip is to research small details and use them to create authenticity; this practice goes a long way in convincing readers that the details one does take liberties with are equally authentic.
City of Bronze, City of Silver can be pre-ordered as ebook on Kindle, and will soon be available for pre-ordering as paperback as well.
Saga Hillbom
# # #
About the Author 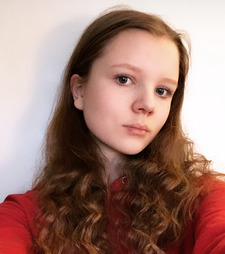 Saga Hillbom is the author of three historical novels, including A Generation of Poppies, Today Dauphine Tomorrow Nothing, and City of Bronze, City of Silver. She currently studies history in Lund, Sweden, where she lives with her family. When not writing or reading, Saga enjoys sketching, cooking, spending time outside, and watching old movies. To find out more, visit her website
sagahillbom.blog and follow Saga on Twitter @sagahillbom02.
Original link