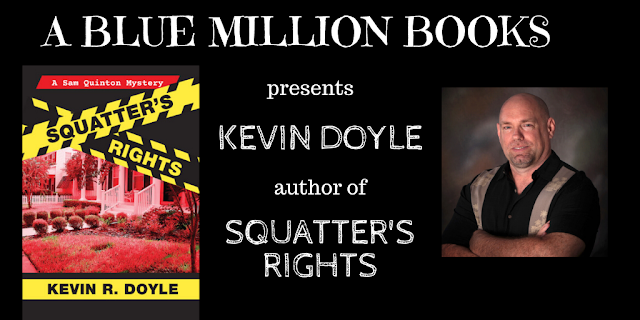 When private detective Sam Quinton sets out to solve the murders of a stripper and small-time gambler, he ends up in the middle of an organized crime war, testing Quinton’s loyalty to an old friend and making him the killers’ next target. While working to stay one step ahead of the killers, Quinton also has to safeguard the life of an elderly couple, who unwittingly hold the key to solving the murders and ending the war. 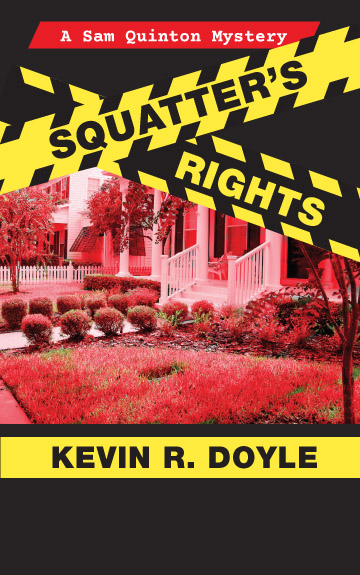 A Day in the Life

Describing a typical day in my life is a bit complicated, mainly because I have two distinct phases to the year. As a high-school teacher, for nine months I follow one pattern (though said pattern got a tad disrupted this spring), and for the other three months (eleven weeks usually) there’s a completely different pattern. And while a lot of people may look at those three summer months and imagine them to be nothing but playtime, that’s only how it used to be. Not so much anymore.
I work like the dickens all through the school year. I teach English, so by the time you factor in lesson prep and grading papers, you’re easily talking a total of fifty-five to sixty hours, on average, per week. I remember when I was younger thinking that teachers had such a cool job because they were done by three in the afternoon.

Not that way at all.

The day usually goes non-stop until a little after three, and most days I’m on the road home by 3:45 or so. During the morning, I don’t mind the commute, as it’s a straight shot on the highway, mostly against traffic, and allows time to sort things out and plan the day in my head.

Driving the same distance back home is another matter. When the day’s over, I want it to be over and done. I just want to be home. So that commute home can be a bear some days.

Nighttime work usually begins right after dinner, and continues, off and on, till around ten or so. If this sounds excessive, you should have seen my first year. Nothing, but nothing that anyone said could have prepared me for that first year of teaching. I went about seven months straight rarely getting to bed before 1:30, if not later, including weekends. Things didn’t ease off until somewhere around the end of April.

(Several folks told me to just hang in there, that the second year would be easier. Which it was, though what shocked me was just how much easier it was. I’m talking something around the order of a third as much work the second year as the first.)

To put this in total context, for most of the time I’ve been writing it’s been mainly short stories. For years and years I pounded away at short stories, considering myself fortunate to have one or two see print during a given year. With that consideration, the teaching load didn’t impact my writing a whole lot because I wasn’t doing anything that took long, intense concentration.

However, as time went on my fiction began stretching longer and longer, resulting in now, where most of my work is in the 80,000 word range. This is when balancing the writing with the day job has become a bit of an effort.

Even with my work load, I generally look for time to write during the school year. How much I do depends on what stage of work I’m involved with. If I’m doing the first draft of a book, where I have to spend a lot of time thinking things out, I generally shoot for about fifteen pages (more or less 3,600 words) a week. If I’m doing heavy revision, maybe twenty pages a week, and if I’m just doing edits I shoot for twenty-five pages a week.

Keep in mind, those are aspirations. Some weeks, especially when the grading is really intense (hello, senior research papers), I find it difficult to crank out even five pages. Most of the writing is done during the week, in the few hours between dinner and hitting the sack, with the weekends reserved mainly for grading and lesson prep.

It probably goes without saying that my schedule during the summertime is a bit more relaxed. Even so, more and more, I find myself longing back to the days when summer vacation meant actual vacation. Back when I was only writing short stories, I’d manage to churn out four or five during the summer, but it never felt like work. If an idea came to me, I’d sit down and hammer away at it until I finished, but there was never any rush or pressure. These days, with two series started up for two different publishers, things are quite a bit different.

My usual day during the summer involves getting up around six, a little earlier than I do during the school year, and if the weather’s good I pull off a couple of miles walking along the trails in town coupled with half an hour or so in the swimming pool. Then it’s time to sit down and get to work.

I’m usually writing off and on during the day, ending up somewhere around 9:00 at night. Obviously, I’m not writing this entire time. I take breaks, run errands, watch a little TV, and hit the pool every chance I get. I also manage a fair amount of traveling, usually doing two or three long trips during the summer break.
But the work is fairly scheduled. For instance, this summer I’m working on edits for the second Sam Quinton book, waiting to begin edits on a book for my Canadian publisher and trying to complete the third (final?) draft for a new standalone novel.

All fine and good, and it’s kind of gratifying to have this much opportunity presented to me. Sometimes, however, despite best laid plans and with no job to keep me on a tight schedule, I find myself drifting away, especially as the weather heats up and the pool beckons just a few feet away.

That’s why I keep an old-fashioned wall calendar next to my work space. To remind me that the time until the next school year begins (it is hoped) is ticking away, and I have to get to work.


OTHER BOOKS BY KEVIN DOYLE

When You Have to Go There

Coming in November 2020:
And the Devil Walks Away 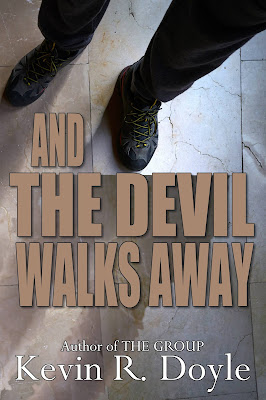 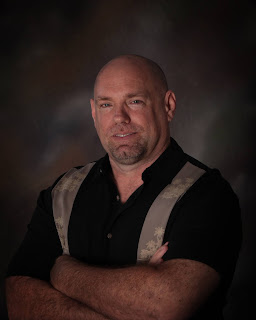 A high-school teacher, former college instructor and fiction writer, Kevin R. Doyle is the author of two crime novels, The Group and When You Have to Go There, published by MuseItUp Publications, and one horror novel, The Litter, published by Night to Dawn Magazine and Books. This year also saw the release of the first book in his Sam Quinton mystery series, Squatter’s Rights, by Camel Press. He has had numerous short horror stories published in small press magazines. Doyle teaches high-school English in Missouri and is currently planning his retirement to the Gulf Coast.