FROM HERE TO FOURTEENTH STREET, A New York Romance--Coming Soon for Audio

Historical
Diana Rubino
Book One of the New York Saga
In FROM HERE TO FOURTEENTH STREET it's 1894 on New York's Lower East Side. Irish cop Tom McGlory and Italian immigrant Vita Caputo fall in love despite their different upbringings. They know their love can survive poverty, hatred, and corruption. Can an Italian sweatshop worker and an Irish cop fall in love on Manhattan’s Lower East Side in 1894?
Vita is based on my great grandmother, Josephine Calabrese, "Josie Red" who left grade school to become a self-made businesswoman and politician, wife and mother.
Coming soon on audio from The Wild Rose Press, it's for sale on Amazon for Kindle and paperback. 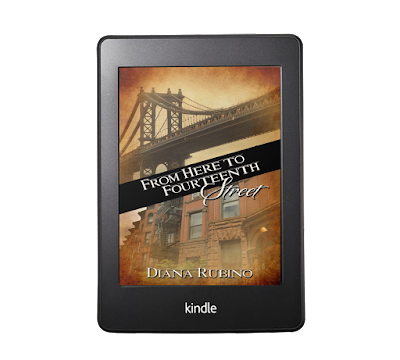