Free to Download ... All books of Lynelle Clark FREE on Smashwords! 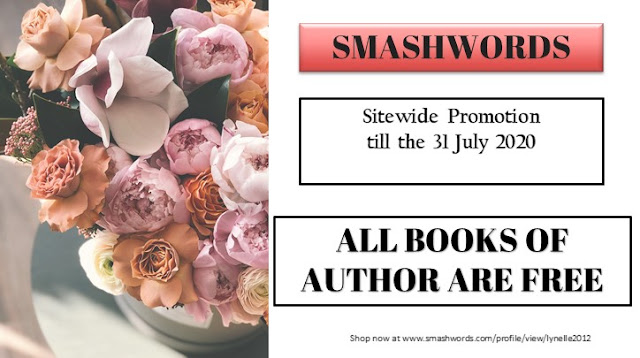 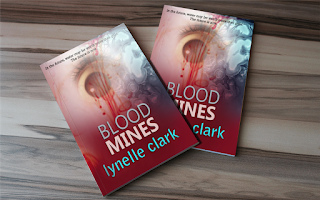 Tanya’s life was turned upside down when her son, Steve was attacked by renegades and she had to dig deep facing her worst fear to save them both.
It is the year 2048, 30 years after a devastating quake had changed Gauteng’s geographic features. The effects of the acid water, that covered most of the area, was visible to everyone but the government. The silent death crawling closer leaving devastation in its path. Nothing is excluded from the terror.
Tanya and Steve’s path of survival meet up with the rebels in their search for clean water and she had to face much more than just acid water to stay alive.
A thrilling story of courage and survival.

Wiping the sweat away from her brow, Tanya peered straight into the scorching heat. Her face was covered by the wide-brimmed hat, her eyes protected by dark sunglasses ─ the heavy-duty kind that hardly allows any light to pass through.
It was early November with no sign of rain in the sky. The previous day they had a few drops which splattered onto the dust-covered earth, but it had made no significant difference to the parched earth. They needed a downpour soaking the earth, and soon.
Death was around her in various forms, and it didn’t discriminate between the strong and the weak. It was as if the Grim Reaper had a license to kill and touched everything with robustness. Fires were a constant enemy due to the scorching heat, and with the dry winds, it ran rampant over the veld[1] destroying all in its path. At times she could swear she heard death laughing at their expense ─ he was a living being who had carte blanche on everything that had breath and he revelled in every minute of their anguish.
With a last glance over the dry veld, she turned her back on the vegetable garden and made for indoor cover. She tried to maintain the feeble veggies, but between the sun and the lack of water, it was impossible. Every drop of water that she could save was put in the ground, nursing the seedlings to yield a harvest: even if it was just enough for her and her son. She didn’t ask for much, but now and then help would be appreciated, she thought with some aggression.
“Ma[2], what will we eat tonight?” Steve asked and drew her back from her morbid thoughts. Her boy has grown the last year. Again, she looked at him, fascinated, at her kid’s lanky body. Soon he would tower over her, she thought with a sad smile. Crouched in front of the fridge, he scanned the meagre contents of the icebox. She knew there was not much to look at.  Their options became slimmer by the day and it pained her. She had no idea what would they do once it was done.
In town the people were already fighting about the scarce food supply and she would rather stay far away from that commotion as possible. Violence was at the order of the day and no one was safe. Law enforcement was useless and would rather take part in the looting than protect the innocent. She tried to visit the town a week ago, but only got so far as the outskirts when gunshots were fired, and a bullet slammed into her car. The bullet’s trajectory ended up close to Steve’s head, leaving a burnt hole in the headrest of his seat. She knew she would not make that mistake again.
She brushed away the wisps of hair from her wet forehead, “I will have to open a few cans. Get some in the cellar.” she requested with a tired sigh.
She hung her hat on the doorknob, placing her spectacles on the shelf next to the now-empty spaghetti bottle. She could still remember a time when all the canisters on the shelves were filled with a variety of noodles, pasta and rice. It was her pride and joy, decorating the cheerful kitchen with all kinds of bric-a-brac. Now they were empty reminders of a past she could only vaguely recall.
“Okay, Ma.” He ran outside, his thick blond hair rustling as he moved. He jumped over Brutus, who lay lazing in the scant shade.
The once-beautiful oak tree gave plenty of shade when it was younger. She could remember the countless times she played under it: Her, Etienne and Susan. Now there was barely enough shade left to cover the dog’s body. How things have changed over the years!

Anabella Anthony found she was alone in the world at eighteen. Early on, she made a choice; to live an ordinary life away from the lifestyle her parents preferred. However, they had plans for her; they wanted her to become a part of their choices.
All she wanted was a regular household, with normal day to day issues like her peers, parents she could respect, and who above anything else would accept her for the person she is. Torn between dreams that filled her mind with alluring effects and uncomfortable events which tried to sway her, she had to come to a resolution: find peace and stay true to her convictions.
Through it all, she excelled in her sport; a dedicated student who falls in love with a much older man. Will she give in to her body's desires, or will she remain steadfast in her own choices? Can she find the courage to stand amidst the turmoil wanting to drag her down? And most importantly, will she ever forgive those who meant to harm her?
Aldrich Hagin, a lawyer, is ready to settle down. After a tragic loss, he experienced right after university he is now, more than ever, ready to move on and start a family. And then he meets a young, energetic, lively woman who turns his life and heart around. Will he be willing to sacrifice his own desires and wait?  Can he help her and be the anchor she so desperately needs? Confronted with his own decisions, the choice is his as to whether he’ll stay or leave. What will he decide?
A love story filled with decisions both have to make; to stand against all odds and remain true to oneself.