Cole Haufner has no equal as a professional MMA fighter. At the peak of his success, Cole suffers a horrible personal tragedy. His grief deepens when his brother, Butch, a Delta Force operator, goes missing. Desperate to find Butch, Cole travels back to his childhood home in southeastern China and the Shaolin Temple where he was raised.   When Cole meets his brother's Delta teammate, code name Hammer, his fame and personal agenda collide with the Delta unit's mission to recover an invention that could transform the human race. It could also see its downfall, if the pursuing North Korean agents find it first.   Cole's spiral downward approaches madness as a family secret is revealed, one that could force him to choose between his brother and one of the most important, and potentially deadliest, discoveries in modern human history.

On tour with: Pump Up Your Book 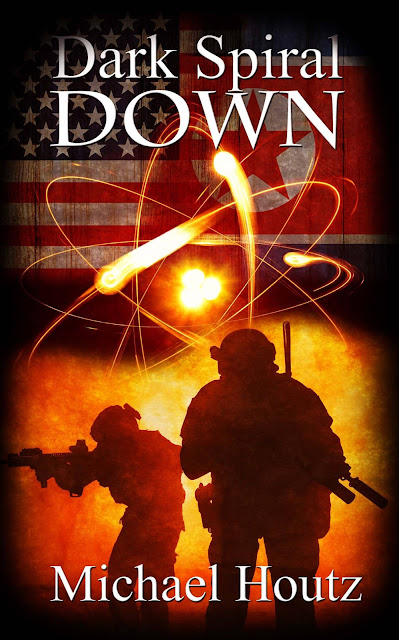 LOVE IT OR LEAVE IT WITH MICHAEL HOUTZ

Things you need in order to write: Google, the book’s movie in my head, full stomach.
Things that hamper your writing: social media pings, my dog’s leash, doorbells .

Things you love about where you live: the great outdoors, the people, the sunshine.
Things that make you want to move: people migrating here from certain parts of the country who bring their poor choices with them; reduction in personal freedoms.

Favorite beverage: DR Pepper .
Something that gives you a pickle face: that Green juice my wife makes.

Favorite smell: home-baked bread.
Something that makes you hold your nose: changing a diaper pail.

People you consider as heroes: our women and men in uniform .
People with a big L on their foreheads: hypocrits, bullies.

Things you’d walk a mile for: good book, a kiss from my wife, a friend in need.
Things that make you want to run screaming from the room: politics, my dog’s GI disturbances.

Favorite things to do: traveling, shooting, camping ..
Things you’d run through a fire wearing gasoline pants to get out of doing: the dentist, PTA meetings.

Most embarrassing moment: falling off stage in front of 25,000 people .
Proudest moment: watching my 3-year-old son escort a crying toddler from entrapment on a McDonald’s playground.

The last thing you did for the first time: publish a novel.
Something you’ll never do again: wait on a dream.


EXCERPT FROM DARK SPIRAL DOWN

Anger born of helplessness rose in his chest. In contrast to Master Li’s placating tone, Cole straightened to his full height and stared into the man’s face. “Let me guess, more 14K cowards?”

Another man stepped forward and cocked his pistol’s hammer. “I show you coward.”

As at the Crowne Plaza earlier, Cole refused to back off, even in the face of impending conflict. “The coward is the man who needs a gun.”

The other with the shotgun pointing at Cole’s chest stood only some seven or eight feet away. “You will come with us now!”

“Please. Violence is forbidden here,” Master Li spoke again. “The Temple is sacred. We cannot have this type of behavior.”

“Maybe you don’t hear so good,” the leader sneered. “He comes with us whether you approve or not.”

“He is a famous American! If you take him, the government will arrest anyone involved. They will have no choice but to hold immediate trials and executions.” Master Li cupped his hands together and held them against his chest.

“Famous American,” the man chuckled. “If you are so famous, what are you doing here then, huh?”

Cole stared straight into the man’s eyes. He took several steps toward the shotgun-wielding thug. “How about I show you?” 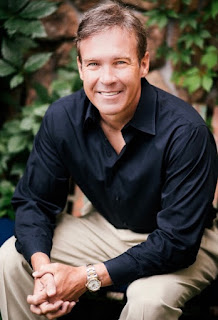 After a career in medicine, Mike succumbed to the call to hang up his stethoscope and pursue his other passion as a writer of fast-paced thrillers. A rabid fan of authors such as Clancy, Mark Greaney, Vince Flynn, and Brad Thor, Mike loves series writing with strong characters, fast pacing and international locations, all of which explode into action in his debut novel, a 2017 Zebulon Award winner. When not at the keyboard, he can be found on the firing range, traveling for research across the globe, or trying out the latest dry-fly pattern on a Gold Medal trout stream. He lives at the foothills of the Rocky Mountains in Colorado.