Cass Donovan is reminded that you can’t believe everything you hear, especially when it comes from the dead . . .

When stories begin circulating of a centuries-old ghost haunting the Bay Island lighthouse, Cass is caught up in mystical happenings of her own, with countless voices from the beyond all clamoring for her attention with dire warnings. But before she has a chance to learn whether there’s a connection between the rumored ghost and her restless visitors, the lighthouse keeper mysteriously falls to his death, and Cass’s reputation for communing with the dead lands her right in the middle of the police investigation.

Cass knows the victim was no saint, as he made little effort to hide his philandering ways from his wife or anyone else, and often acted out with no thought for the feelings of others. But had he finally gone too far, or were there more menacing motives behind his murder? As Cass begins building a list of suspects, including the man’s supposedly grieving wife and a mysterious new woman in town, she also turns her ear to those otherworldly voices, hoping for a clue. And as she begins to close in on the culprit, she realizes too late that if she’s not careful, she’ll soon be communicating with the dead in person . . .

Publisher: Beyond the Page Publishing

Print length: 310   pages
On tour with: Punp Up Your Book 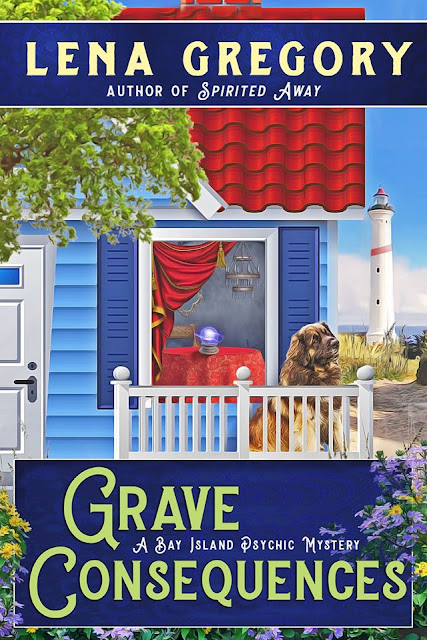 I always enjoy getting to know my readers, so I figure what better way to start than to share a little about myself. I’d love for you to leave a comment below sharing some things people don’t know about you and telling me if you share any of my interests!

1. I grew up on the south shore of eastern Long Island. My husband and I recently relocated to Clermont, Florida with our daughter, son-in-law, two sons, and four dogs. I am extremely family oriented. I enjoy nothing more than spending time with my husband and kids.

2. I absolutely love big dogs. At the moment, we have an Akita, a Weimaraner, and two Australian Shepherds. I would love another Bernese Mountain Dog, a Leonberger, or a Rhodesian Ridgeback. What do you think?

3. I am a master at procrastination. I don’t have a lot of writing time, but sometimes, when I do sit down to write, I just can’t seem to get going. So I tell myself there are important things I have to do before I can start writing. The first of those is usually facebook, because there might be something interesting I “need” to know. I love to chat with readers, my agent, and other authors, so I often hang out there for a bit. Then I check all of my emails, because, you know, something really important that wasn’t there five minutes ago, might be there now. And then I head for twitter. By the time I finish all of that, I’m usually hungry so, I grab a snack, then finally sit down to get started.

4. I am addicted to Diet Pepsi and chocolate!

5. I have worked many jobs, some I loved, others not as much. I was a dance teacher and choreographer for more than twenty years. When my daughter was in high school I choreographed and co-directed several high school musicals. I also worked in a deli, which will feature in a mystery I’m currently outlining. And I cleaned houses in the Hamptons, which gave me more material than you could imagine for a future cozy mystery series.

6. I am painfully shy. As much as I love socializing and even meeting new people, I do much better one on one than I do in a group.

7. I believe in ghosts, and they do feature in my first series, as well as a second series I am currently outlining.

8. I am very high strung and rarely relax. I go from the time I get up around 6:30 am until the time I go to bed, anywhere between 1:30 and 3:00 am. I talk fast, I move fast, and I always have a list a mile long of things I have to get finished in a day. Of course, I usually forget or misplace the list, so it doesn’t always help much.

Don’t forget to leave a comment and let me know if you share any of those same traits.


Excerpt from Grave Consequences.  Copyright © 2018 by . Reproduced with permission from Lena Gregory. All rights reserved. 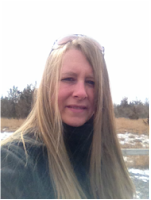 Lena Gregory is the author of the Bay Island Psychic Mysteries, which take place on a small island between the north and south forks of Long Island, New York, and the All-Day Breakfast Café Mysteries, which are set on the outskirts of Florida’s Ocala National Forest.

Lena grew up in a small town on the south shore of eastern Long Island. She recently relocated to Clermont, Florida with her husband, three kids, son-in-law, and four dogs. Her hobbies include spending time with family, reading, jigsaw puzzles, and walking. Her love for writing developed when her youngest son was born and didn’t sleep through the night. She works full time as a writer and a freelance editor and is a member of Sisters in Crime.