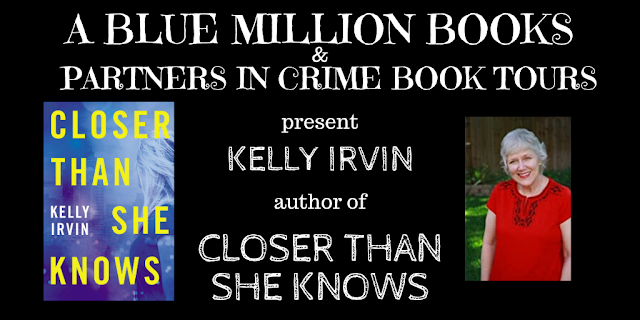 A serial killer bent on revenge . . . and striking too close to home.

Teagan O’Rourke has always loved murder mysteries. In her job as a court reporter, she has written official records for dozens of real-life murders. She’s slapped evidence stickers on crime scene photos. She’s listened to hours of chilling testimony. But she’s never known the smell of death. And she never thought she might be a victim.

A young police officer is murdered just inches away from her, and then a man calling himself a serial killer starts leaving Teagan notes, signing each with the name of a different murderer from her favorite mystery novels.

Panicked, Teagan turns to her friend Max Kennedy. Max longs for more than friendship with Teagan, but he fears she’ll never trust someone with a past like his. He wonders how much of God’s “tough love” he can take before he gives up on love completely. And he wonders if he’ll be able to keep Teagan alive long enough to find out.

As Teagan, Max, and Teagan’s police officer father race to track down the elusive killer, they each know they could be the next victim. Desperate to save those she loves, Teagan battles fears that once haunted her in childhood. Nothing seems to stop this obsessed murderer. No matter what she does, he seems to be getting closer . . .

Title: Closer Than She Knows 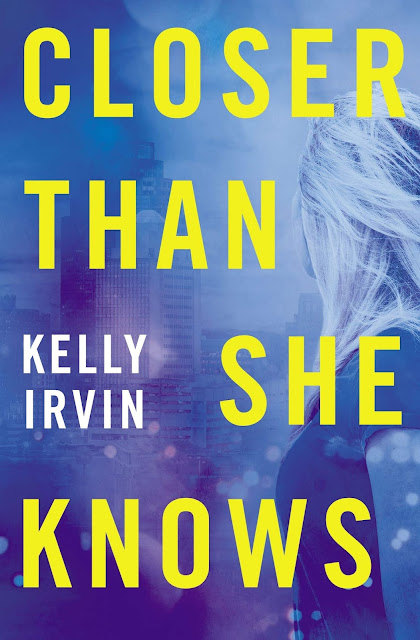 LOVE IT OR LEAVE IT WITH KELLY IRVIN

A few of your favorite things: my grandkids, chocolate, reading mysteries, hubby.
Things you need to throw out: old magazines, research for previous books.

Things you need in order to write: my computer and time.
Things that hamper your writing: my health, not sleeping well, too much noise.

Things you love about where you live: it’s quiet, peaceful, lots of wildlife, lots of trees.
Things that make you want to move: poor internet connection.

Favorite beverage: iced tea.
Something that gives you a pickle face: soda.

Things you’d walk a mile for: a frosted brownie.
Things that make you want to run screaming from the room: TV shows like The Bachelor.


EXCERPT FROM CLOSER THAN SHE KNOWS

“We’re almost there, Ms. O’Rourke.” Officer Moreno came to a full stop at the corner of Park and Academic Court, where the glass-covered police department recruitment center and property room facilities glinted in the late-afternoon sun.
A smile brought out dimples on Moreno’s cherub-cheeked face. Her assignment to escort a court reporter and the evidence to the property room was almost to the halfway point. Teagan had told Moreno to call her by her first name, but the patrolwoman couldn’t seem to manage it. “I’ll get us through security, we’ll stow the evidence, and I’ll have you back to your car in a jiffy.”
Did people still say “in a jiffy”? Teagan’s grandma might, but this woman was no more than twenty-four. A couple of years younger than Teagan. She studied the officer’s face as she turned onto Academic Court and accelerated. The woman was for real. A straight shooter determined to be successful in a man’s world.
Teagan smiled, but Moreno had already returned her gaze to the road, hands at the proper ten and two positions on the wheel. “I know there’s plenty of other things you’d rather do than babysit evidence—”
The driver’s side window exploded.
The force knocked Teagan’s head against her window. Sudden pain pricked her face. Fragments of glass pierced her cheeks and forehead.
The car swerved, jumped the curb, and crashed into the wrought-iron fence that protected the academy.
Was this what Mom felt the day she died? The inevitability of it?
Air bags ballooned.
Teagan slammed back against her seat.
I’m sorry, Max.
I’m sorry I never said it.
A second later the bag deflated. The smell of nitrogen gases gagged her. Powder coated her face. The skin on the back of her hands burned.
Time sped up in an odd, off-kilter tick-tock.
Teagan struggled to open her eyes. Pain pulsed in her temple. Her stomach heaved. Waves of adrenaline shook her body as if she’d grasped a live electrical wire.
I’m alive. Today’s not my day to die.
The evidence. Protect the evidence.
***
Excerpt from Closer Than She Knows by Kelly Irvin.  Copyright 2020 by Kelly Irvin. Reproduced with permission from Thomas Nelson. All rights reserved. 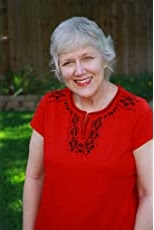 Bestseller Kelly Irvin is the author of eighteen books, including romantic suspense and Amish romance. Publisher’s Weekly calls Closer Than She Knows a “brisk, smoothly written thriller.” She’s also the author of Tell Her No Lies and Over the Line. The two-time ACFW Carol finalist worked as a newspaper reporter for six years writing stories on the Texas-Mexico border. Those experiences fuel her romantic suspense novels set in Texas. A retired public relations professional, Kelly now writes fiction full-time. She lives with her husband, photographer Tim Irvin, in San Antonio. They are the parents of two children, three grandchildren, and two ornery cats.
Connect with Kelly:
Website  |  Facebook  |   Twitter  |  Goodreads
Buy the book:
Amazon  |  Barnes & Noble