Falling For the Villain

Romance
Jessica Lauryn
I'll be hosting a workshop at the Easton, PA Book Festival this fall.  It's the first time I'll be speaking to an audience of readers and writers in quite a while and I've started thinking about what I'd like to say about my author brand. I've prided myself on reforming former villains. And though I've often told readers I do this because I believe everyone deserves a second chance, that isn't the whole truth. Yes, I do believe everyone who has the desire to do better deserves a second chance. But it isn't the bigger reason why I started doing what I do, where villains are concerned. 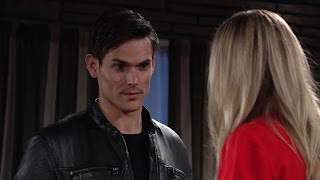 Recently, CBS's Young and the Restless recast the role of Adam Newman. Due to circumstances beyond the producers' control, this role has needed to be recast 3 times, and as anyone who watches daytime television could tell you, that's a lot. In my experience, in most situations like this, the character would have simply been written off the show and other characters would have been brought in to take center stage. But Y & R is crazy about this character, as is its audience. The black sheep of the Newman family, Adam is classified a ruthless villain by the residents of Genoa City. He's known to resorting to nefarious and often highly unethical tactics to get what he wants and has been labelled a psychopath by his brother, Nick, on numerous occasions. When the role was previously played by Justin Hartley, this love-to-hate-em villain was significantly softened, and even romanticized, to the point that his bad-boy days appeared to be a thing of the past. But since newcomer Mark Grossman has stepped in to fill his shoes, the character has returned to his villainous ways, taking such a dramatic turn with the script it almost defies logic. Why would the show fight so hard, risk the credibility of their story line, just to make this character a villain again? I imagine for the same reason I work so hard to make villains center stage. 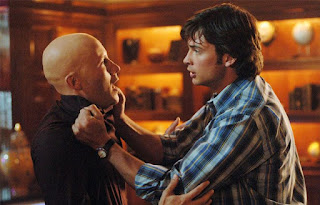 Shortly before I began my career as a writer, I became engrossed in the TV show Smallville, a drama about the life of Superman before he accepts his destiny. I was immediately taken by Tom Welling, the attractive actor who played the role of Clark, and having come in about mid-way through the series I found myself watching every episode in order to catch up. But as I found myself getting caught up in the larger-than-life universe of "Kryptonite Freaks" and dangerous daily occurrences, I found myself falling not for the hero, but for the villain Lex Luthor. To this day I can't entirely explain my feelings, but I realized at that time something about this character, and about all villains, intrigued me. I'd think about them, and dream about them. And it wasn't long before these misunderstood monsters were inspiring new characters whose stories had to be told.

For a hero to really become a hero, he must possess redeeming qualities. As fellow author Mary Buckham recently pointed out in her workshop PLOT SMARTER, PLOT FASTER, the main characters of a story must grow--they need to change in some big way. Loving villains as much as I do, I set out to reform these blackened-souls, often casting the villains from previous stories as my hero and teaching them the error of their ways. Showing a villain come full circle is critical when reforming him and in making him forgivable in the eyes of the reader. Though, if I'm being honest, I didn't start doing this so much because I wanted to see the villain reform as I did because I really just wanted to see these dastards take center stage.

Falling for the villain may not be as strange a phenomenon as you believe. Fortunately, in romance novels, the bad-boy often wins.


Join me and over 50 fellow authors of various genres at the
Easton Book Festival
October 25 - 27th! 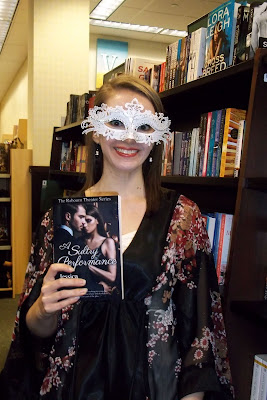 I'll be hosting a workshop about editing and pacing Saturday, October 26th, and signing copies of my latest release, A Sultry Performance!
https://eastonbookfestival.com/adult-authors/
Original link

More posts from author
Thursday, 10 October 2019 The Art of Branding: How Planning My Wedding Inspired a Rejuvenation of my Author Brand
Friday, 04 October 2019 Memories for Perspective
Thursday, 26 September 2019 Turning off the Inner Critic