Cover reveal - More than tempt you by Shayla Black

I romanced her for revenge…but what if she’s not the enemy after all? I’m Clint Holmes. I was an ambitious guy with a busy life and a growing business. Sure North Dakota wasn’t a tropical paradise, but I was happy enough—until tragedy struck. Now the only thing that matters is finding the person responsible and making her pay. But Bethany Banks is a Harvard-educated shark used to swallowing her enemies whole while playing dangerous corporate games. How can a blue-collar oil man like me possibly beat her? The moment I lay eyes on my beautiful nemesis, the answer is obvious. I seduce her. On Maui, where she’s fled, I get to know the man-eater who caused my family so much pain…only to find she’s not the brazen ballbuster I assumed. She’s skittish, secretive, vulnerable. For some reason, my instinct is to protect her. I can’t abandon my plan…but I can’t stop wanting her. Night after night, I pry her open with my touch until I’m drowning in our passion. Soon, I’m questioning everything, especially the fine line between love and hate. But when the past comes back to wreak vengeance and the truth explodes, can I prove that I’m more than tempted to love her forever? 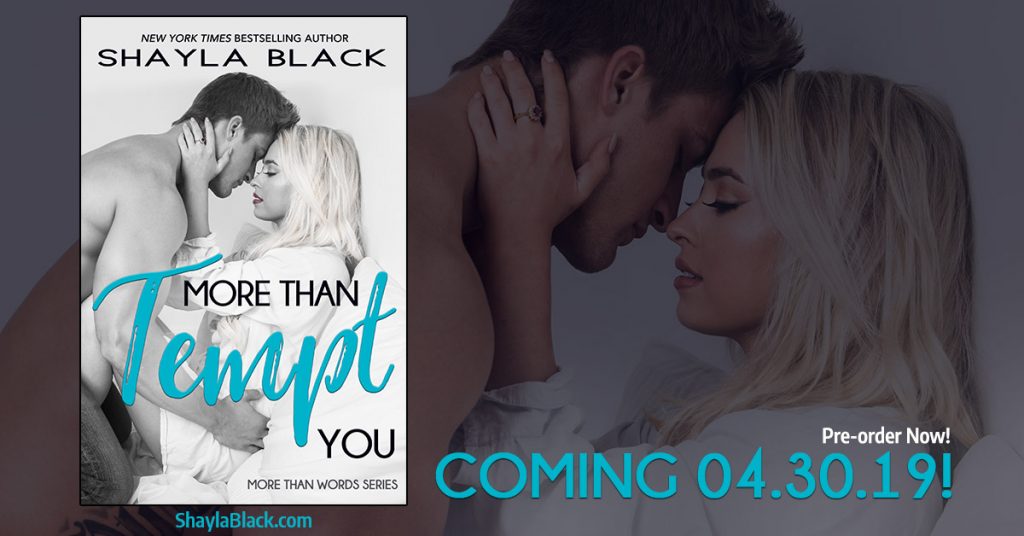 Shayla Black is the New York Times and USA Today bestselling author of more than sixty novels. For nearly twenty years, she’s written contemporary, erotic, paranormal, and historical romances via traditional, independent, foreign, and audio publishers. Her books have sold millions of copies and been published in a dozen languages. Raised an only child, Shayla occupied herself with lots of daydreaming, much to the chagrin of her teachers. In college, she found her love for reading and realized that she could have a career publishing the stories spinning in her imagination. Though she graduated with a degree in Marketing/Advertising and embarked on a stint in corporate America to pay the bills, her heart has always been with her characters. She’s thrilled that she’s been living her dream as a full-time author for the past eight years. Shayla currently lives in North Texas with her wonderfully supportive husband, her teenage daughter, and two spoiled tabbies. In her “free” time, she enjoys reality TV, reading, and listening to an eclectic blend of music.