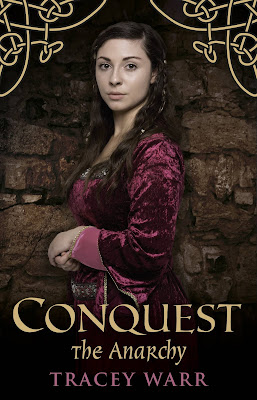 Available for pre-order from
Amazon UK and Amazon US
In 1121 the Welsh princess, Nest, is unhappily married to the Norman constable of Cardigan Castle. She becomes increasingly embroiled in the Welsh resistance against the Norman occupation of her family lands. She visits King Henry in England hoping to secure a life away from her unwanted husband. Grieved and stressed at the death of his son, the King is obsessed with relics and prophecies and under increasing pressure to name his successor.
In Normandy, Sheriff Haith distracts himself from the fact that Nest is married to another man by following clues surrounding the mystery of the drowning of the King’s heir in the wreck of The White Ship. As Haith tries to piece together fragments of the tragic shipwreck in which three hundred young Norman nobles died in the English Channel he discovers a chest full of secrets, but will the revelations bring a culprit to light and aid the King? Will the two lovers be united as Nest fights for independence and Haith struggles to protect King Henry?
The Anarchy is the final book in my trilogy based on the turbulent life of Nest ferch Rhys. When I started writing the series, I was living in Pembrokeshire, close to the many castles in the area that feature in Nest’s story including Pembroke, Carew, Dinefwr and Cilgerran, as well as the bishop’s palaces at Saint Davids and Lamphey.
The surrounding landscape and these architectural traces of medieval times and lives were a great source of inspiration. I made Llansteffan Castle the heart of the story with its spectacular view from the headland looking across the triple river estuary of Carmarthen Bay. It is both a delight and a challenge to pursue your characters through three books and to travel in writing with them from childhood to old age. Heading towards the latter myself, I enjoyed writing in some of the positive detail of growing older!
In this book, I wanted to create a medieval mystery as Sheriff Haith tries to find out if the wreck of The White Ship was caused by foul play and, if so, who might have been responsible. The king’s only male heir drowned in the shipwreck, setting up a succession crisis for the Anglo-Norman throne that is the political backdrop for The Anarchy. In addition to this true incident from history of the drowning of three hundred Norman nobles, I also drew the Roman goldmine at Dolaucothi into my story, spinning credible but fictional possibilities from the traces of history.
Tying up story lines at the end of any novel is part of the work of writing, and this is even more the case at the end of a trilogy. I had quite a few hares running and stories to bring to conclusion. Nest loved and was loved by several men in the course of her life and there were threads to follow through with those men still living in the third book, including the sheriff and the king.
I also wanted to find an ending for the story of Haith’s sister Benedicta, a renegade nun, and her love affair with Amaury de Montfort. And I needed to pursue the story of the Welsh struggle against the Normans. The Anarchy, therefore, recounts the bid by Nest’s brother, Gruffudd ap Rhys, to retake his kingdom from the Norman invaders and the valiant attack of his warrior queen Gwenllian against Kidwelly Castle.
One of the most enjoyable parts of writing this novel for me was inventing a gifted but brutal bard, who was also a spy and an assassin. His story led me to research and describe devious techniques for carrying concealed messages and ingenious means of committing murder.
Tracey Warr
# # #
About the Author 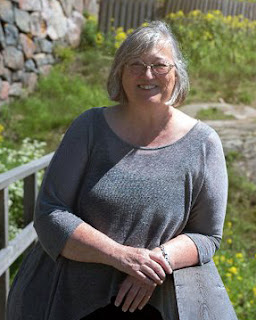 Tracey Warr’s novels are set in early medieval Europe. Her first novel Almodis was shortlisted for the Impress Prize and the Rome Film Festival Book Initiative. It is based on the life of Countess Almodis de La Marche, who was described by William of Malmesbury as being ‘afflicted with a Godless female itch’. Her second novel, The Viking Hostage, recounts the true story of a French noblewoman kidnapped by Vikings. Warr’s trilogy Conquest follows the tumultuous life of the medieval Welsh princess, Nest ferch Rhys. It was supported by a Literature Wales Writer’s Bursary. Warr’s next project, Three Female Lords, has received an Author’s Foundation Award and is a biography of three sisters who lived in 11th century southern France and Catalonia. She is Head of Research at The Dartington Trust and teaches on MA Poetics of Imagination at Dartington Arts School. Find out more at Tracey's website http://traceywarrwriting.com and find her on Facebook and Twitter at @TraceyWarr1
Original link