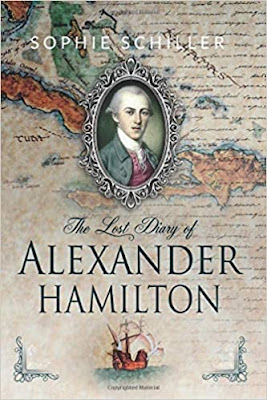 New on Amazon UK and Amazon US
The story of one boy’s struggle to survive amidst all odds in a land of sugar plantations, slavery, and smugglers, a boy who would one day grow up to be a Founding Father.1765: Alexander Hamilton arrives with his family in St. Croix to begin a new life. He longs for the chance to go to school and fit in, but secrets from his mother’s past threaten to turn him into a social outcast and tear his family apart.
THE GENESIS OF THE STORY
In April of 2016, I was approached by a gentleman from St. Croix who asked me to write a novel about the early life of Alexander Hamilton in the West Indies. The reason for his request, he told me, was to show the world the importance of St. Croix in forming Hamilton’s character and his financial vision for America. He wanted to demonstrate how this unlikeliest of islands provided the necessary background for Hamilton’s singular genius in developing America’s financial system.

We spoke over the phone several times and the wheels in my brain started turning, but I was deeply involved with another project that I wanted to finish. And truthfully, I had doubts that I would be able to tackle this subject matter. While we did hold several conversations about the idea, I remained skeptical about the feasibility of it. But I remained firmly committed to finishing the project.

When I was finally ready to start in February of 2018, I almost didn’t know where to begin. I had to learn about the history of St. Croix during the Danish Colonial period, plantation slavery, the triangular trade, the local economy, the history of the West Indies, social values and customs, the history of Alexander Hamilton’s family, his parents’ struggles, his personal struggles, and I had to develop a timeline of everything that happened until he left for America in 1772. Sounds like a lot? ;)

Luckily, at this time, I made the acquaintance of an American historian named Michael Newton, who was working on his own new biography of Alexander Hamilton using newly discovered records from the Danish Rigsarkivet. Michael’s research became indispensable to me, and I will forever remain indebted to his perseverance and commitment to uncovering the unknown parts of Hamilton’s childhood.
It took me many months to develop a timeline of Hamilton’s life and the lives of the people in his circle. This was one of the hardest aspects of the job, mostly because his family was so dysfunctional for so many generations. And they moved around a lot: Nevis, St. Kitts, St. Eustatius, St. Croix, St. Thomas, St. Vincent, Tobago, Bequia….it was almost impossible to keep track of them! But on a personal level I could relate to it, and later, my own family’s struggles in the West Indies became the impetus for many emotional scenes that transpired. After that, I set about learning all the aspects of a West Indian counting house, 18th century currencies, how smuggling was carried out, aspects of slavery, and even the existence of Free Black Militias in the Danish West Indies.
This was the most surprising part of the research. Free Black Militias in a slave economy? Actually, it made perfect sense to the Danes. The militia of free blacks in the Danish West Indies existed to keep order on the island. They patrolled the towns regularly and served, in some cases, as slave hunters. Many of the free blacks owned slaves themselves, and were quite prominent socially. These people had never been written about before, so I thought it was time to give them a voice. And so, Peter Tongelo, the Captain of the Free Black Militia in the 1770’s became a key character in my novel. I based his personality on Louis Gossett Jr.’s performance in An Officer and a Gentleman, a performance that had astounded me in my youth.

Eventually I developed a story that centers on Hamilton’s struggles to survive on his own after his mother dies and his father leaves the island. Since it is well-known that Alexander had a personal servant named Ajax who was taken away by his mother’s first husband after her death, I developed a story where Ajax is sold to a brutal planter and Alex vows to save him out of loyalty and friendship. But above all, the theme of the novel is about overcoming obstacles and challenges. Hamilton reasons that if he is to rise above the “groveling conditions of a clerk”, he must master the art of commerce and become a self-made man.
It was largely because of this struggle that he eventually formulated his vision of a prosperous America with a strong economic system. The Lost Diary of Alexander Hamilton is a story about ordinary people overcoming extraordinary obstacles without losing themselves, without becoming a cog in the wheel of a dysfunctional system. In Hamilton’s case, his journey toward self-actualization and personal greatness was essential in the founding of a new system of government whereby all men can grow to their fullest potential.
Sophie Schiller
# # #
About the Author 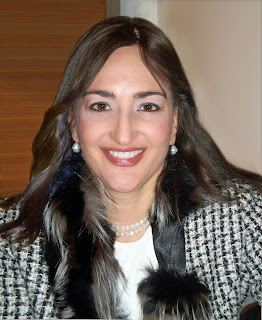 Sophie Schiller was born in Paterson, NJ and grew up in the West Indies. She is a novelist and a poet. She loves stories that carry the reader back in time to exotic and far-flung locations. Kirkus Reviews has called her "an accomplished thriller and historical adventure writer." Publishers Weekly called her novel, ISLAND ON FIRE, "a memorable romantic thriller", her novel RACE TO TIBET, “a thrilling yarn,” and her TRANSFER DAY, “a page-turner with emotional resonance.” Her first collection of poetry is called, ON A MOONLIT NIGHT IN THE ANTILLES. Her latest novel, THE LOST DIARY OF ALEXANDER HAMILTON, is the story of Hamilton's lost boyhood in the Caribbean. She graduated from American University, Washington, DC and lives in Brooklyn, NY.  Find out more at Sophie's blog https://sophieschiller.blogspot.com/ and find her on Facebook and Twitter @SophieSchiller
Original link