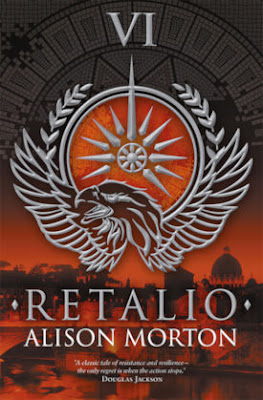 Comment below to be entered for the draw to win a paperback signed by the author (Worldwide)
New on Amazon UK and Amazon US
Early 1980s Vienna. Recovering from a near fatal shooting, Aurelia Mitela, ex-Praetorian and former foreign minister of Roma Nova, chafes at her enforced exile. She barely escaped from her nemesis, the charming and amoral Caius Tellus who grabbed power in Roma Nova, the only part of the Roman Empire to survive into the twentieth century.
Today, Alison Morton launches RETALIO, the sixth in her acclaimed alternative history thriller series. I asked her to tell us how she came to this point.

Why and how did you become a writer?

I’ve written all my life one way or another since I scribbled my first play at age seven. More seriously, I’ve been a career translator, editor, civil servant writing policy papers, local magazine editor and blogger, as well as student slaving away over academic dissertations. So I’ve fiddled with words for a long time.

The trigger for novel writing was a bad film: the photography was accomplished, but to this voracious reader the plot continuity was dreadful and the dialogue corny. I whispered to my husband, “I could do better than this!” He replied, “Well, why don’t you?” Ninety days later, I had 90,000 words typed. Of course it was rubbish as all newbie first drafts are, but inside was the kernel that grew into the Roma Nova series.

Tell us about your books

Imagine an alternative timeline where a remnant of the Roman Empire called Roma Nova survived into the modern age. Founded in AD 395 by four hundred city Romans persecuted by Christian emperor Theodosius, they stayed faithful to the traditional gods, left Rome and settled in mountains to the north. Grit, adherence to Roman values and silver in the hills of their new home helped them survive. As there were so few of them, young women had to fight alongside their fathers and brothers to defend their new homeland. Older women managed the families, worked the fields and traded tot keep their colonia alive. Roma Nova became egalitarian out of necessity. You can read the whole storyhere.

Fast forward to 21st century Roma Nova; prospering, but staying tough and proud of its Roman roots. The first three stories – INCEPTIO, PERFIDITASand SUCCESSIO – feature Carina Mitela, a Praetorian officer who battles killers, betrayal and a particularly nasty nemesis.  The second trilogy – AURELIA, INSURRECTIOand RETALIO (out today!) – feature Carina’s grandmother as a young woman. When writing the first trilogy, I became intrigued by the older Aurelia. I had to go back to write her story. However, it turned into a second trilogy!

Writing Roman-set stories with women leading the action, not being adjuncts of the male protagonists meant taking them into the 20thand 21st centuries, hence alternative history. More about alternativehistory here.

I’ve been lucky to have the support of fellow authors, both indie and mainstream, such as Conn Iggulden, Simon Scarrow, Sue Cook, Elizabeth Chadwick and Helen Hollick. RETALIO has the backing of Douglas Jackson, Matthew Harfffy, JJ Marsh and L J Trafford.

Why were you drawn to the Romans?

I confess to being a ‘Roman nut’ since the age of eleven where I was fascinated by my first mosaic in Spain. In the interim, I’ve read Roman fiction (starting with Sutcliff’s The Eagle of the Ninth) and non-fiction ad nauseam.

Rome lasted 1229 years; just to give a bit of context, this would take us back to AD 788 from today. Over that time, Rome went from being a tribal village to conquering the known world, introducing complex systems of government, production and trade, heights of art, engineering, and organisation, along with prosperity, corruption and debauchery. And it all ended in a rump, kneeling in the dust to barbarians. It’s breathtaking!

What research did you do? How long did it take to create Roma Nova?

Roma Nova had been bubbling away in my head for many years. I’ve been a keen student of the Roman world and clambered over its ruins for years. My MA is in history, and during my studies I acquired research tools and methodology that were invaluable.

The Roman world at its dusk is fascinating; why did it dissolve in the fifth century? What happened to the Romans themselves? For my books I took life, society and culture of the end of the 4th century as my jumping off point. Hence 21st century Roma Novans use solidias their currency rather than sestertii.Afterwards, it was a case of applying historical logic to the next 1600 years!

A working knowledge of European history gave me background enough to know where I had research gaps to fill. The geography I pinched from Slovenia. The key to world building is to make it real for your characters. Walk them down a typical street at different times of the day. What do they see and hear? What sounds and smells are in the air? I go into much more detail here. 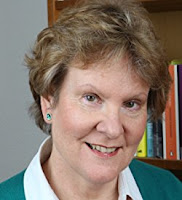 After a multiple-job career, Alison now writes the acclaimed Roma Nova thriller series featuring modern Praetorian heroines. She blends her deep love of Roman history with six years’ military service and a life of reading crime, adventure and thriller fiction. The first five books have been awarded the BRAG Medallion. SUCCESSIO, AURELIA and INSURRECTIO were selected as Historical Novel Society’s Indie Editor’s Choices.  AURELIA was a finalist in the 2016 HNS Indie Award. A ‘Roman nut’ since age 11, Alison has misspent decades clambering over Roman sites throughout Europe. She holds a MA History, blogs about Romans and writing. Now she continues to write, cultivates a Roman herb garden and drinks wine in France with her husband of 30 years. Connect with Alison on her Roma Nova site: http://alison-morton.com Facebook and Twitter  @alison_morton

Retweet Groups ~ The Good, The Bad, and The Ugly

Guest Post by J.G Harlond, Author of The Doomsong Sword

Now out in paperback: Swords and Swordsmen, by Mike Loades

Getting personal with David Simpson