Be careful what you wish for

Self-Help
Samantha
The world we know has changed beyond recognition this year with the virus and its impact on the world economy. I've been here before when my successful career in London was so severely impacted by the financial crash that I had to reinvent myself in order to survive. In the darkest days, the last thing on my mind would have been rushing to share my plight on social media or posing half naked on Instagram. Who does that and why? Why is the approbation of complete strangers a necessity? How does that make an individual self aware?
My faith provided solace when confronted with challenges that I found too difficult to surmount on my own. Faith, along with age and experience, helped me discover a well of inner strength. I understand that a positive outlook and mental self sufficiency mean that bad experiences can't tear me down. A strong, independent mind is the antidote to having my ego massaged. I would literally be too embarassed to consider the 'like' button the gauge of whether I have credibility as a  person. I couldn't care less because social media doesn't define me.
For years I actively engaged on Twitter until I found it a mouthpiece for the vapid Left who have more rights than duty to anyone. I occasionally open the Twitter app on my 'phone but I don't quite see the point of mouthing off about anything because as the French say, the more it changes, the more it remains the same. In other words, idiots will remain idiots with idiotic notions and the new vogue is self indulgent political correctness otherwise known as righteous indignation.
Unwittingly, social media 'influencers' have sold their soul to the highest bidder. If you have integrity, oodles of self respect and know yourself, the thought of massive popularity is as hollow as a spent bullet. Life is about relationships, not necessarily romantic but how we interact with each other. Just look at the popular social influencers, do they have successful relationships? No, they've objectified themselves completely and will hardly with the Nobel peace prize for trying to make the world a better place. None of their endeavours is aimed at encouraging others to become better human beings.  The glossy veneer of an  'influencer' conceals the darkness of their own gross insecurity and inadequacy. The façade is a means of controlling the narrative (oh, yes, this new expression, smacks of complete desperation). How exhausting must it be to feast off neediness, the oxygen in their veins! Try having an intellectual conversation about the meaning life with a social influencer and they'll offer up some regurgitated gobbledygook about 'living your truth' (translated this means absolve yourself of all responsibility and be ruthless in every aspect of your life).
Let's look at it another way. Where's the intellectual argument in #BLACK LIVES MATTER? Or #METOO? #WHITEPRIVILEGE? Surprise, surprise, there isn't one. All three movements are about a stomping of feet, a disingenuous moaning based on the next bandwagon. Sooner or later the bandwagon, a temporary means of self promotion, becomes a slow boat to nowhere. #Feminism, for example, gave women emancipation by casting off the stereotypes but the reverse meant that most men now expect women to be financially independent. Women have been left wondering what they need a man for? And the average bloke is totally emasculated, his balls would be literally ripped off if he asked a female to go back to his place to 'look at his DVD collection'. No wonder that the new rage of #Trans is actually a melding of the male into the female and vice versa because the stereotypes have been shattered.
We, in the West have never had it so good, like the spoilt child with too many toys he never knows which one to choose. So he starts wailing and stomping his feet. Sound familiar? 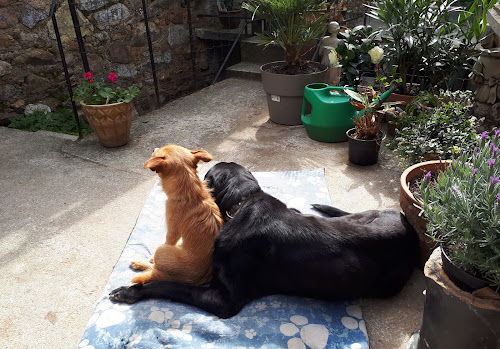